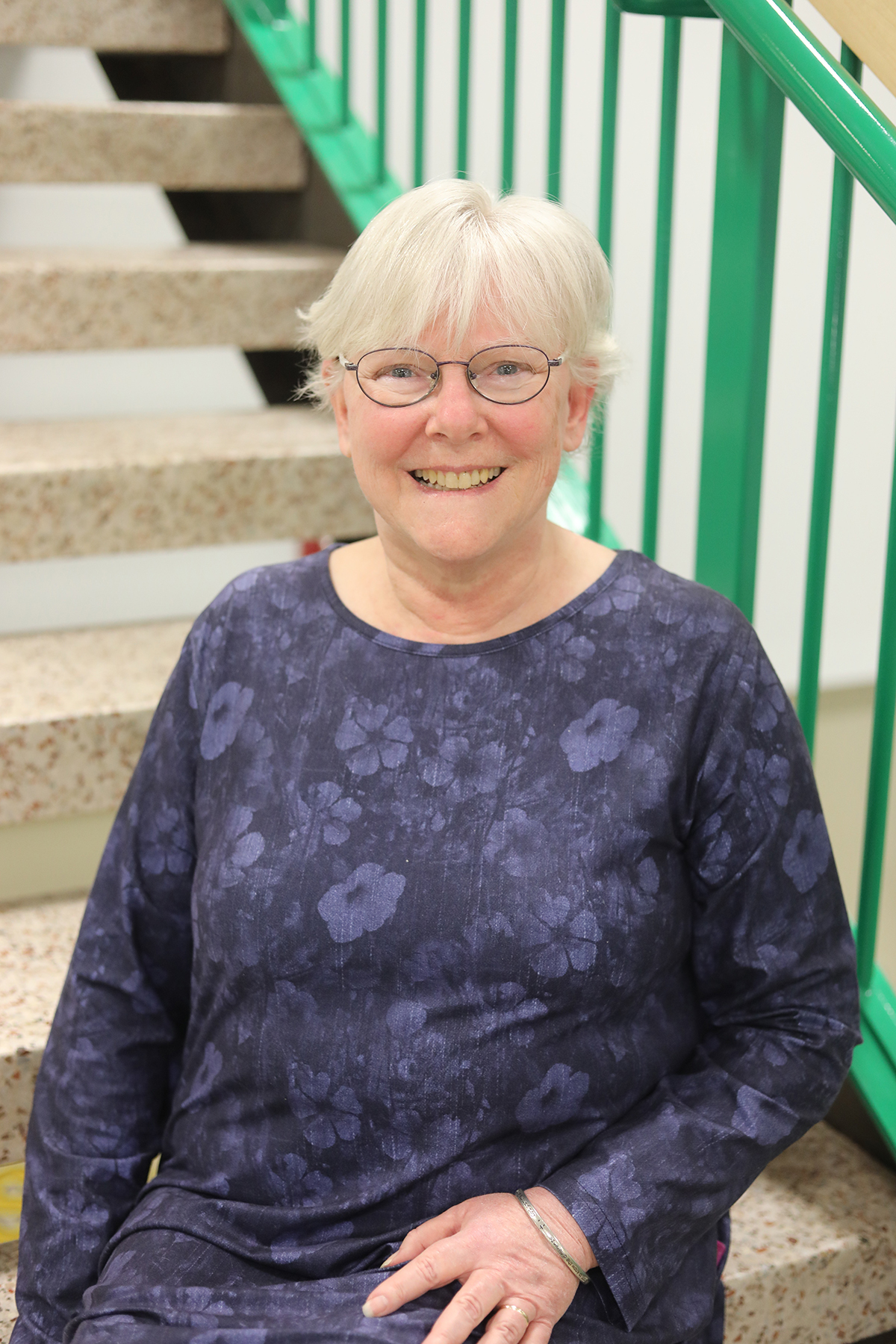 Even after working 17 years as a Software Engineer and putting four of her own kids through college, Cumberland’s Esther Paris remains driven by the desire to seek and conquer a new challenge.

More than three decades removed from the classroom, the 59-year-old Paris enrolled at the Community College of Rhode Island in the Summer of 2020 to pursue her associate degree and is on track to graduate in the Spring of 2023 alongside her only son, Thomas Paris, who is completing his degree in Computer Science.

A recent recipient of Phi Theta Kappa’s New Century Transfer Pathway Scholarship and a current Teacher’s Aide for the Woonsocket Education Department, Paris plans to transfer to a four-year university to earn her bachelor’s degree online in Educational Studies after finishing up her associate in Special Education at CCRI.

“While everyone was locked down during the summer in 2020 going crazy, I figured, ‘Why not get my associate degree?’”

A Massachusetts native, she earned her bachelor’s degree in Physics from The College of Holy Cross in 1984 and worked for nearly two decades at Raytheon Technologies until losing her job to a workforce layoff in 2002. Her three oldest children were in daycare at the time, and her and her husband welcomed the birth of their fourth child shortly thereafter, so Paris soon transitioned from full-time Software Engineer to stay-at-home mom for the next decade.

When her youngest started kindergarten, she began volunteering in the Woonsocket school system before completing her Teacher Assistant Training through the Northern Rhode Island Collaborative five years later. Resuming a career in engineering, she said, wasn’t an option because she felt the field had passed her by during her time out of work.

“Technology moves so fast,” she said. “I would’ve had to go back to a four-year college and start all over again, and it just wasn’t something I was looking to do.”

When an opportunity to advance in her current position surfaced, Paris was surprised to learn that her bachelor’s in Physics did not suffice. She needed to obtain at least an associate degree for a pay raise and a bachelor’s for a more significant upgrade, so she decided to restart her journey at CCRI due to its affordability and flexibility.

“I would’ve been spending money I hadn’t earned yet if I had chosen to go to a four-year college. CCRI made college affordable.”

CCRI was still exclusively remote at the time Paris enrolled in 2020, so she began by taking night courses online while continuing to work full time as a Teacher’s Aide. The eventual transition to in-person learning was a breeze, even at her age; as a Teacher’s Aide, she had grown accustomed to working with students of all ages from Pre-K through high school, so there was no “culture shock” sharing a classroom with students who were younger than her own children.

Paris has enjoyed a successful journey at CCRI. She’s a member of CCRI’s PTK chapter, Pi Omicron, the international honor society for students at two-year colleges. She also earned the highest score in the state in the All-USA Academic Team competition, for which more than 2,000 applications are received annually, to land the $2,250 Transfer Pathway Scholarship.

With her associate degree, and, eventually, a bachelor’s under her belt, Paris will earn more in her current position and perhaps continue to climb the ladder professionally with opportunities to work as a substitute teacher. Retirement is around the corner, too, as her and her husband mull their future beyond the workforce, but, for now, the desire to learn and grow still motivates Paris to chase new goals.

“Advancing in my career helps put food on the table while we put two more kids through college,” said Paris, who also has a 19-year-old daughter at Roger Williams University in addition to her son, Thomas. “It’s an expensive endeavor, but the journey is worth it.”