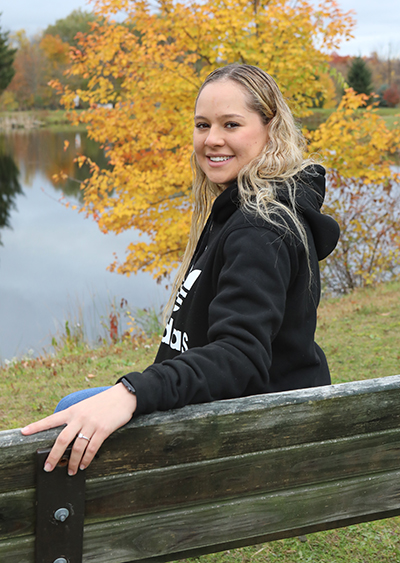 “Because of Rhode Island Promise, I’m here right now doing what I want to do,” said the 18-year-old Colombia native who is on track to earn her Associate Degree and continue her education at Rhode Island College to study physical therapy.

“College is expensive. I wouldn’t have been able to afford it without Rhode Island Promise.”

The transition was difficult at first. Restrepo spoke limited English and felt “lost” because she couldn’t communicate with her teachers or fellow classmates. While she excelled in ESL courses, her performance on the volleyball court helped Restrepo acclimate to her new surroundings by teaching her to communicate with teammates and coaches. After school, practice and homework, she worked nights at La Casona, a Colombian restaurant in Central Falls.

She always wanted to attend college, but the cost of tuition stood in the way. When her guidance counselors introduced her to the Rhode Island Promise scholarship program, she knew it was the most logical choice to put her on the fast track to a college degree.

At CCRI, Restrepo thrived in the classroom and on the court, serving as women’s volleyball captain this past season, where she led the Knights to a 14-6 record. Her love of volleyball led her to pursue a career and academic path to become a physical therapist.

“Through this program, I can combine my love of sports with my passion to help others,” Restrepo said. “My experience as an athlete will benefit my work, as I understand what it takes to overcome injury to return to playing at a high level.”

Adjusting to college life while still mastering the English language has been an eye-opening experience for Restrepo, but she’s received tremendous support from coaches, teammates and professors. She credits English professor Ali Khalil, a native of Syria with whom she has taken ESL and English courses, for an open-door policy that has afforded her the opportunity to seek extra help when necessary. The structure provided by both the NJCAA academic eligibility requirements and the Promise scholarship guidelines keep her on the right track in the classroom.

“She is an excellent student,” Khalil said. “She is intelligent, diligent, and persistent.  These three qualities constitute the bedrock of her success in my class.  She does not accept mediocrity, and she always makes participating in class and voicing out her thoughts a priority. Her writing skills have significantly improved since the beginning of the semester, and there is a reason for this progress: She takes what we do in class seriously. I see a bright future ahead of her.”

From a shy teenager new to the United States to the captain of the volleyball team, Restrepo is well on her way to pursuing a successful career in physical therapy, a goal that seemed far beyond her grasp until CCRI’s Promise scholarship.

“I’m proud of what I have accomplished,” she said. “CCRI is making my dreams come true.” 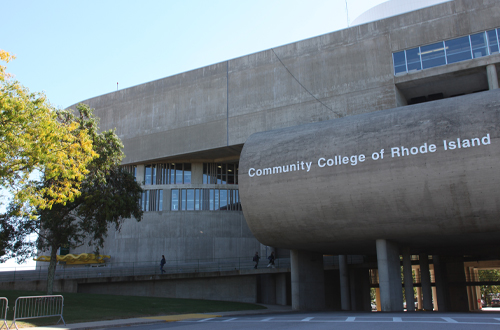 CCRI has been named the “2-Year College of the Year” by Education Dive: Higher Ed, which recognizes the industry’s top disruptors and innovators who are transforming higher education.

Brandee Trotter, a third-generation sailor and first-generation college student, traveled the world with the U.S. Navy, but is now following her true passion in pursuit of a nursing career at CCRI. 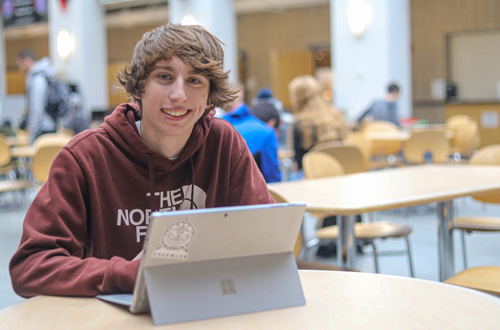 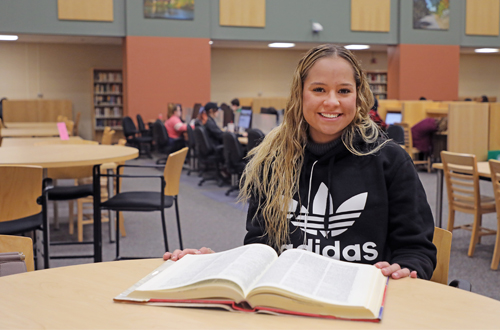 Through the Rhode Island Promise scholarship, Colombia native and Central Falls resident Manuela Restrepo is living her dream at CCRI as a women's volleyball standout and a future physical therapist.