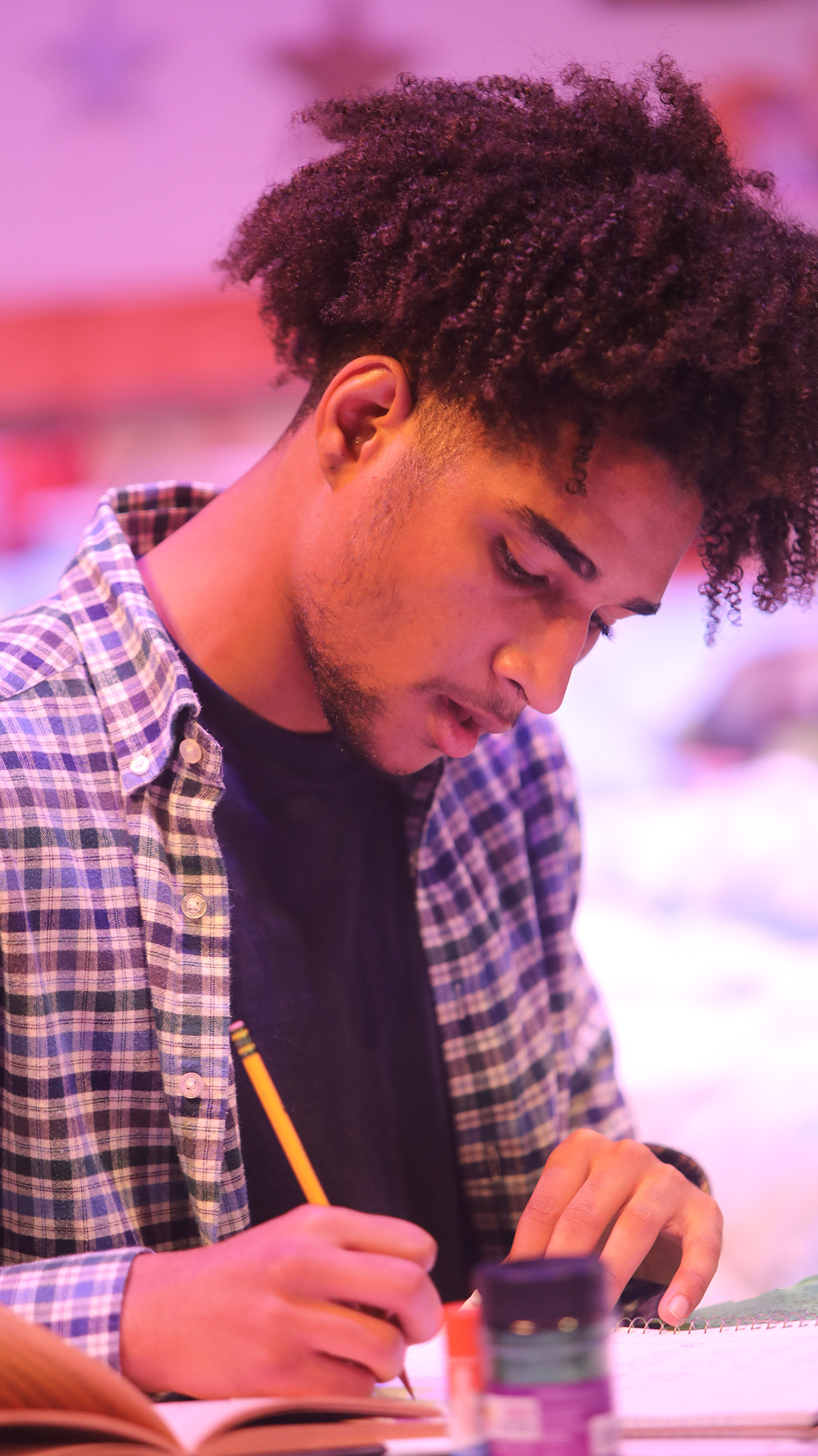 The KCACTF honors excellence of overall production and offers student artists individual recognition through awards and scholarships in playwriting, acting, criticism, directing, and design. Students are selected to compete in the KCACTF based on nominations stemming for their performances during the calendar year. CCRI belongs to Region 1, which also includes schools from northeast New York, Maine, New Hampshire, Vermont, Massachusetts, and Connecticut.

The 2022 KCACTF awards recognize performances and technical theatre work from the Spring 2021 and Fall 2021 semesters, which included both virtual and in-person productions for the Players, who officially returned to in-person theatre in October for the first time since February of 2020.

Among the eight individual and group award winners from CCRI at this year’s festival, Ednilson Tavares of Pawtucket, RI, and Shelby Cray of Bristol, RI, were nominated for the prestigious Irene Ryan Acting Scholarship while Lauren Kieler of Stonington, CT, earned three awards in addition to being nominated for the KCACTF’s Design, Technology, and Management Exposition.

Kieler earned the 2022 KCACTF Merit Award for Properties Design Properties for the Players’ production of I And You; the Society of Properties Artisan Managers (SPAM) Award, which recognizes students for their properties and craft design; and the Heart of the Art Award presented annually to a student who communicates a genuine passion and love the artistic endeavors.

Cray, who starred as Clare in the Players’ production of Something Cloudy, Something Clear, was a finalist for this year’s regional acting award. She was also cast as a reader in the KCACTF National Playwriting Program (NPP) production of Jimmy’s Rib by composer and performer Jay Eddy.

Tavares, a semifinalist for the acting scholarship, starred as Lank in the Players’ production of Detroit ’67, and performed in the staged reading of the NPP’s award-winning play Closing Costs on 6101 Nyanza Park Drive APT D6 Flushing, NY 11351. Tavares also shared the 2022 KCACTF Merit Award for Ensemble Work awarded to the entire cast of Detroit ’67.

“I’m extremely proud of these students,” said Adjunct Theatre Professor and Faculty Mentor Anthony Goes. “This festival and the deadlines it presented were challenging, but our students rose to the occasion and remained on track. Their preparation and hard work paid off – another solid year for the CCRI Players.”

The KCACTF is a national theater program benefitting more than 18,000 students annually from colleges and universities across the country. The goal is to encourage, recognize, and celebrate the finest and most diverse work produced in university and college theater programs while providing opportunities for participants to develop their theater skills.