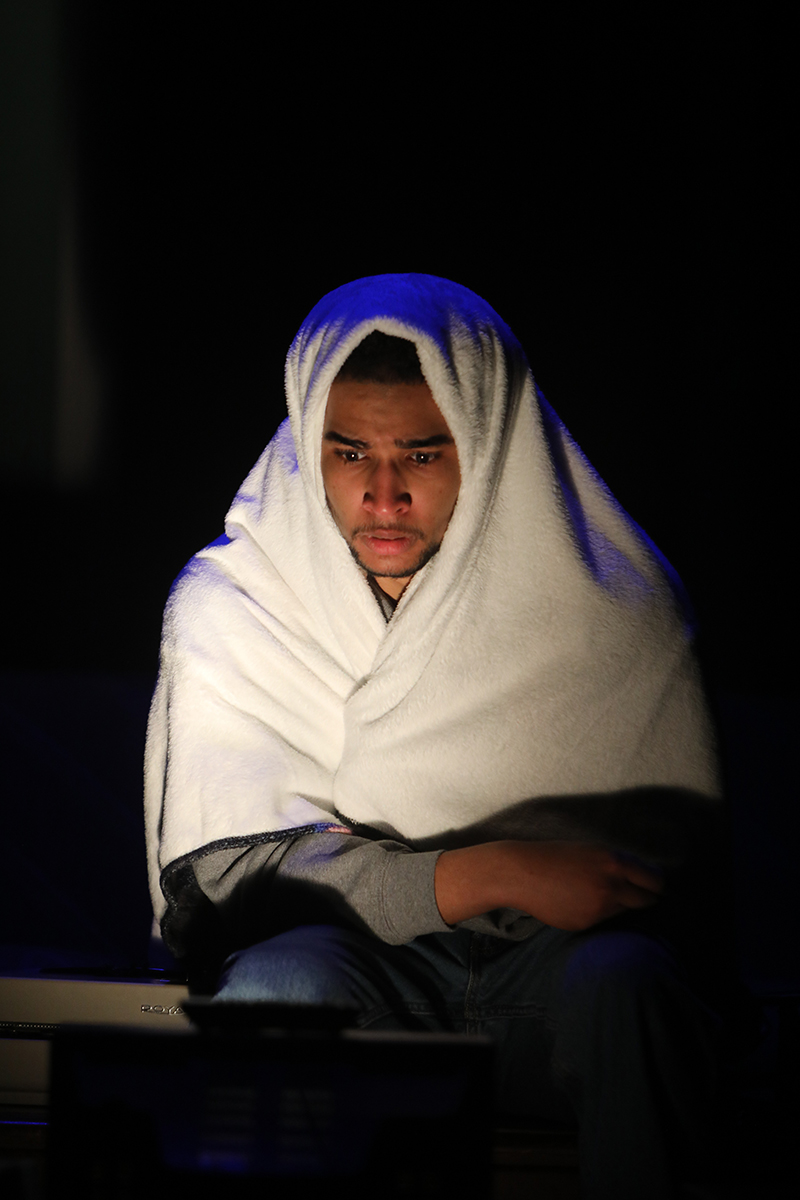 The Community College of Rhode Island Players are stepping back into the 1990s – the decade of family sitcoms, baggy jeans, and alternative rock – in their season-ending production of Three Years from Thirty.

Opening night is next Thursday, April 21 at 7:30 at the Liston Campus Auditorium in Providence with additional shows Friday (7:30 pm), Saturday (2 and 7:30 pm) and Sunday (2 pm). (View our exclusive photo gallery)

Written in 1996 by Boston comedian and actor Mike O’Malley, Three Years from Thirty tells the poignant, funny story of a group of 27-year-olds who’ve known each other since college, but are beginning to drift apart amidst seismic changes to their personal lives.

The play, according to director and CCRI adjunct Theatre Professor Anthony Goes, reeks of mid-'90s nostalgia from the dialogue to the storyline itself (think Seinfeld or Friends), but the Players wanted to take it one step further and put their own twist on O’Malley’s signature production.

With the help of current CCRI student and Sound Designer Ilyus Evander, the Players’ adaptation of Three Years from Thirty pushes the envelope with added features such as laugh tracks, a smattering of ‘90s hits by the likes of TLC and House of Pain, and characters breaking the fourth wall, a term used to describe characters acknowledging the existence of audience members and even interacting with them.

The purpose, Goes said, was to allow the student performers to “break the rules and have a good time” with the production of the play, capping a long, but rewarding, theater season in which the Players returned to in-person performances for the first time since before the start of the COVID-19 pandemic.

“When we first started brainstorming, the laugh track wasn’t part of the plan,” Goes said, “but Ilyus had some wacky ideas that really brought the production to life.

“We decided, ‘We’re doing it sitcom style.’ We aimed to create something off the wall. The subject matter will be relatable, especially for people who grew up in the '90s. There are elements of comedy from all eras, even I Love Lucy when our characters break the fourth wall. We want the audience to know they’re here to have a good time.”

In Three Years from Thirty, Jessica, a frustrated actress living in Boston, feels trapped in her long-standing relationship with her boyfriend Tom and decides to pursue her dreams in New York City without him. Chaos ensues when Jessica decides to break the news to Tom on the same night he plans on proposing to her.

Goes said he sees parts of himself in many of the characters, especially the concept of life presenting its biggest challenges as he moved from his mid-20s to early 30s. A theater and television veteran, Goes recently wrapped up filming for a small role in the popular AMC dark comedy Kevin Can F... Himself, where he stars alongside Annie Murphy of Schitt's Creek fame.

“There is an expectation that we should be in a certain place by the time we hit 30, yet it's so hard to let go of our youth and embrace responsibility and commitment,” Goes said. “The idea for this show is to put us in two different worlds – a place where life is always good, fixable, and easy, and then a place where it feels like a dramatic loop with no hope. That is Three Years from Thirty.”