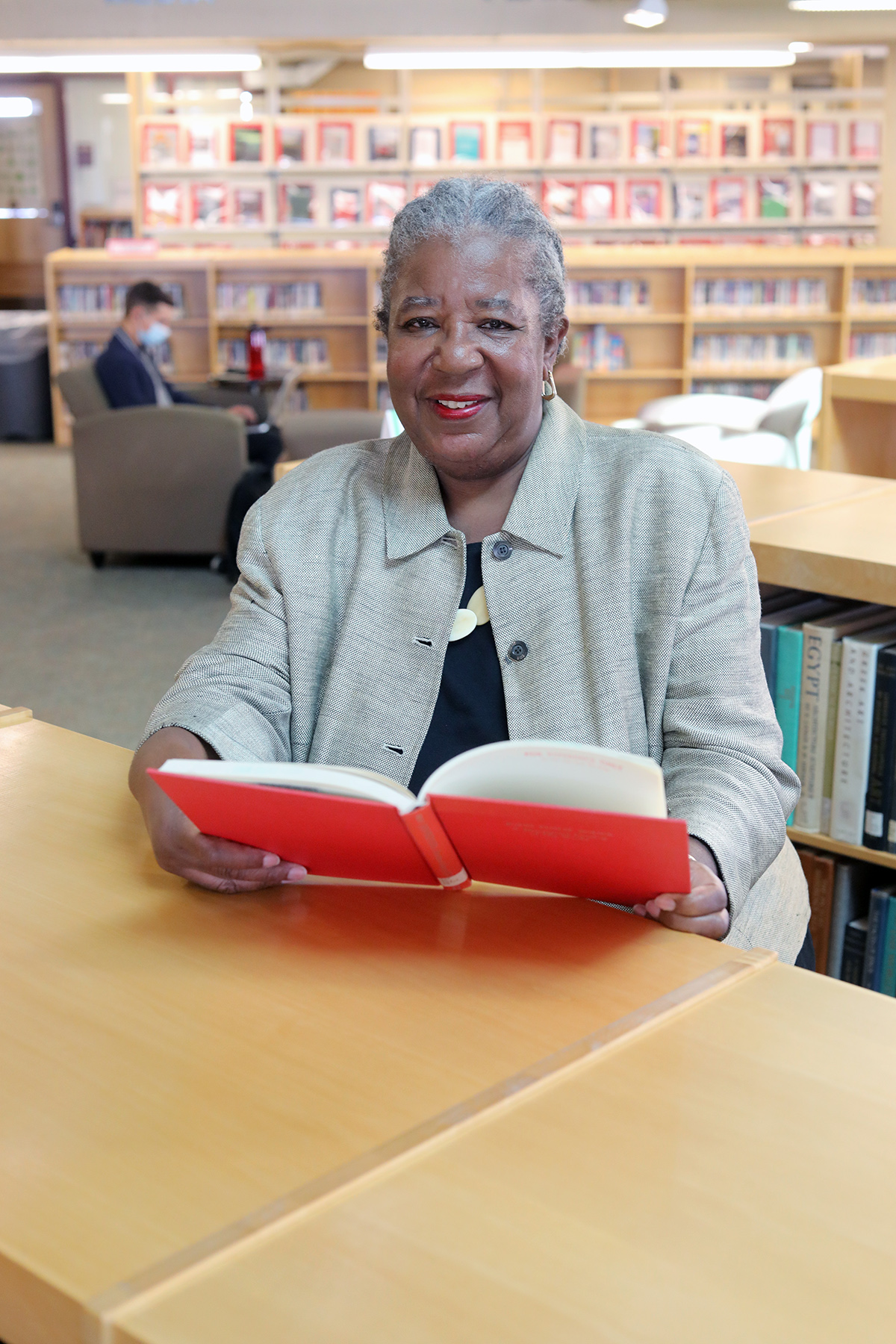 Community College of Rhode Island Librarian Ida McGhee of Richmond, RI, recently earned the Black Caucus of the American Library Association (BCALA) 2021 Library Advocacy Award, given annually to those who demonstrate commitment to advocating for library and information services to African Americans and people of color.

One of eight individuals honored, McGhee received the award in August at the National Conference of African American Librarians (NCAAL) virtual Awards and Honors Ceremony. This year’s conference theme was “Culture Keepers XI: Sankofa Experience: Inspired by Our Past, Lighting Our Future.”

This is McGhee’s second award in as many years; in 2020, she earned the Library Champion Award at the Rhode Island Library Conference for her outstanding work in building a platform for librarians of color within our state.

“These awards, although awarded to me, are a team effort,” McGhee said. “I did not do anything alone. I would like to have an impact on the library profession to mentor and recruit students, especially students of color, to the profession.

“BCALA is one avenue that is instrumental in doing so and it is very meaningful to belong to such an organization. I encourage all CCRI students, staff, and faculty to use our libraries.  We are here for you.”

In addition to her work as a CCRI Librarian, McGhee is one of the founders of Cornucopia of Rhode Island: A Library Community of Color (CORI), an organization launched in 2005 that promotes library services to people of color within Rhode Island and the development of librarians and library staff of color through the exchange of ideas, mentorship opportunities, and community outreach. She was worked at CCRI since 2011 and has served as an adjunct professor at the Warwick, Providence, and Lincoln campuses.

McGhee is also a retired member of REFORMA: The National Association to Promote Library & Information Services to Latinos and the Spanish Speaking and the former manager of the Hartford Public Library’s Library on Wheels Department, where she also ran her own library-sponsored book club and served on the Permanent Commission on the Status of Hartford Women. In her 28 years at the Hartford Public Library, McGhee also served as co-Vice Chair of the BCALA Connecticut chapter before relocating to Rhode Island in 2004.

BCALA was formed to serve as an advocate for the development, promotion, and improvement of library services and resources to the nation’s African American community; and to provide leadership for the recruitment and professional development of African American librarians.

CCRI has libraries on each of its four campuses with access to print and online books, journals, and other resources. Other Library services include: citation assistance, on- and off-campus catalog and database access, reference assistance, and laptop and iPad lending options.