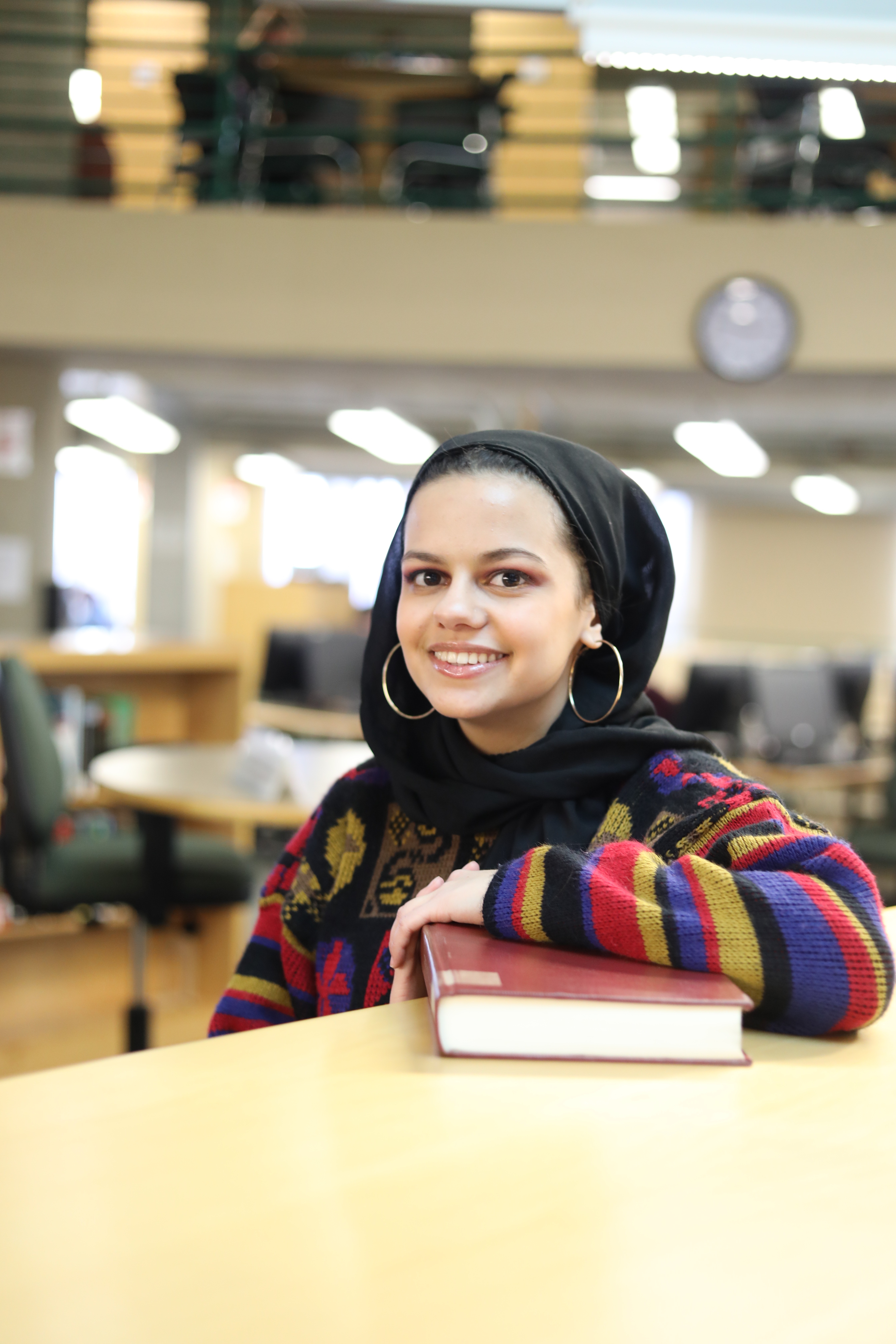 While nearly half of postsecondary students begin their educational journey at a two-year college, according to the foundation, only five percent transfer to the nation’s top colleges. The Undergraduate Transfer Scholarship aims to increase the number of community-college students completing their education at top four-year institutions.

Of more than 1,500 applicants nationwide, Ibrahim was the only semifinalist chosen from Rhode Island and one of 406 nationwide, representing a field that included students attending 398 community colleges in 44 states and the District of Columbia. The number of winners chosen varies each year based on the strength of the applicant pool; 47 were chosen in 2018, followed by 61 in 2019, and 50 in 2020.

“When I first heard the news about being a semifinalist, I didn’t believe it was real,” said Ibrahim, an Art History major who plans to earn an additional bachelor’s degree in Middle Eastern Studies. “To earn this scholarship would be huge for me and really help determine where I will transfer to once I graduate from CCRI this semester.”

Winners are announced in April and will receive the following from this highly-selective scholarship:

In addition to her role as the Student Government President of CCRI’s Knight Campus, the 18-year-old Ibrahim is also the state’s Youth Poetry Ambassador, only the third in Rhode Island’s history, and a member of CCRI’s Phi Theta Kappa Honor Society chapter. She has been accepted to Loyola University Chicago, School of the Art Institute of Chicago, Cornell College (Iowa), and Kings College and has also applied to Harvard University, Brown University, Williams College, UCLA, and UC Berkeley.

As a high school student, Ibrahim began writing poetry while struggling with the effects of Lyme disease and chronic inflammatory demyelinating polyneuropathy (CIDP). She is active within the March for our Lives Rhode Island movement as one of its founding members, the RI Womxn’s Action Initiative, and the Rhode Island Coalition Against Gun Violence. In 2018, she performed her poem, “Wake Up,” in front of a crowd of more than 7,000 at the March for Our Lives Rally at the State House.

The Cooke Foundation is dedicated to advancing the education of exceptionally-promising students who have financial need. Since 2000, the foundation has awarded $175 million in scholarships to more than 2,300 students from eighth grade through graduate school, along with comprehensive counseling and other support services. The foundation has also provided more than $97 million in grants to organizations serving such students.