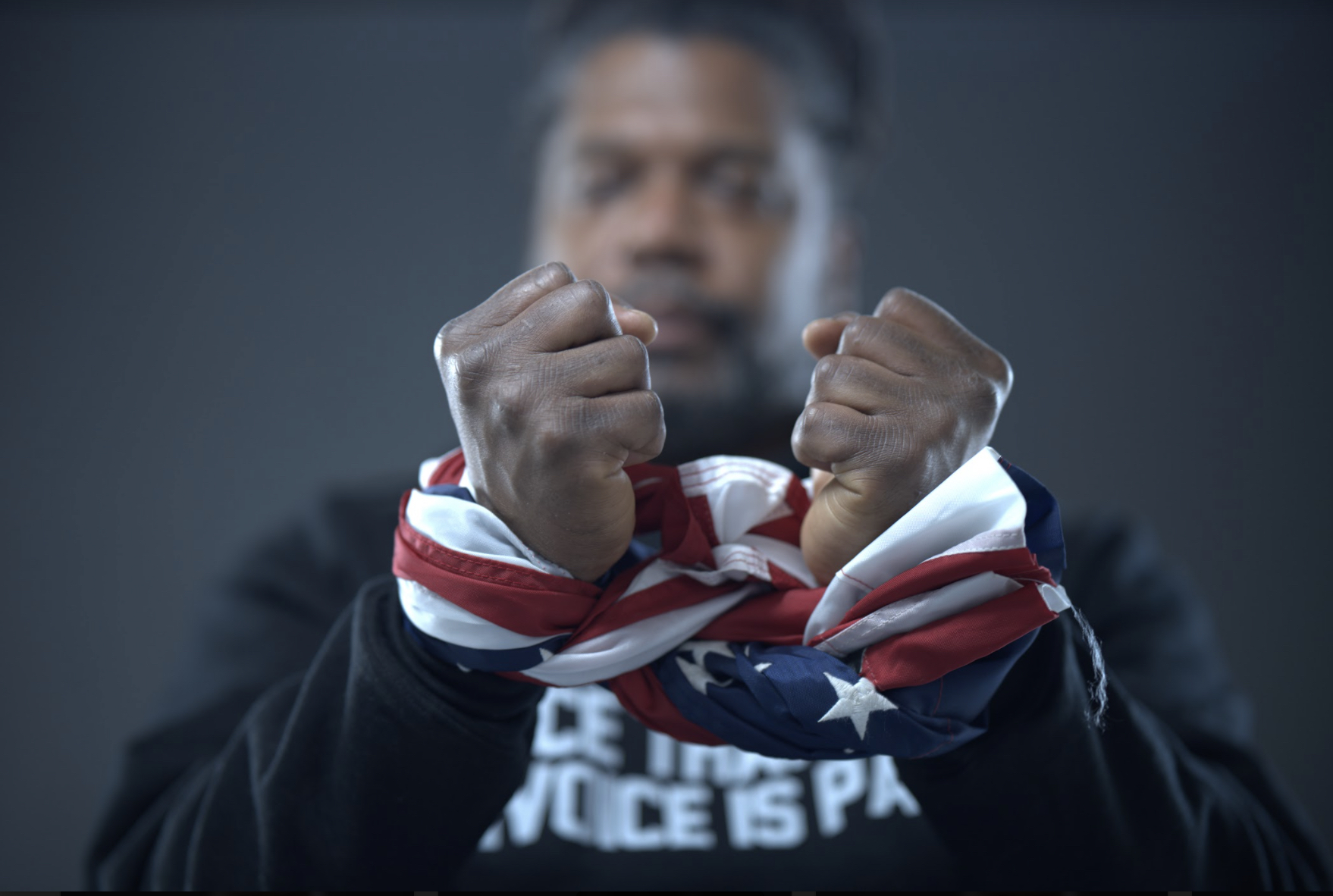 Answering the not-so-obvious questions many are afraid to ask about race and racism, renowned Providence poet Christopher Johnson and The Wilbury Theatre Group join the Community College of Rhode Island Players next week to perform what Johnson calls his most powerful piece yet, Invoice for Emotional Labor.

Recorded at CCRI’s Bobby Hackett Theatre, Invoice for Emotional Labor streams Thursday, April 8–Saturday, April 10 via ShowTix4U with 7:30 pm performances on Thursday and Friday followed by a 5:30 pm Saturday finale. Saturday’s presentation also includes a live virtual panel and post-show talkback hosted by Johnson and featuring CCRI administrators and members of The Wilbury Group, where Johnson is a Playwright-in-Residence.

“Christopher Johnson is a remarkable artist and an important voice in our community,” said CCRI Theater Program Coordinator Ted Clement. “We couldn’t be more thrilled to collaborate with The Wilbury Theatre Group in presenting his work, and we are so grateful Christopher is sharing it with the CCRI community.”

Invoice for Emotional Labor is a multi-discipline solo performance written and produced by Johnson, an internationally-known Poetry Slam champion and former Rhode Island State Council on the Arts (RISCA) playwright fellow renowned for his ability to weave spoken word, poetry, and music into a harmonizing blend that captivates audiences while triggering important conversations on social issues such as race, incarceration, and mental illness.

In Invoice for Emotional Labor, Johnson relives his personal experiences as an African American growing up in New Jersey and living in Providence, educating and inviting viewers into the process by challenging them to rethink preconceived notions on racial etiquette, unconscious bias, and cultural differences through his own unique lens.

Johnson recorded Invoice for Emotional Labor in 16 hours over the span of two days, comparing the process to that of an actor or actress “getting into character” for a specific role, the difference being his performance is based on reality, forcing Johnson to relive uncomfortable, traumatizing moments during the production.

“Typically, the writing and performance is therapeutic,” Johnson said, “but performing Invoice for Emotional Labor reopened wounds and brought up some trauma I didn’t know I was experiencing.

“That is the first time that’s ever happened to me. As I went through these moments and performed, I realized then how big this really is. The entire performance is a personal experience, and everything I write about is real. In my position as an artist, I will always be teaching people. Every artist has a purpose, and if you are going to get on stage and people are going to give you their attention, you better have something to say.”

Johnson wrote Invoice for Emotional Labor more than a year ago as an “interactive piece” and performed it virtually for the first time in March of 2020 as a live workshop production for The Wilbury Group. Since then, notes Wilbury Group Artistic Director Josh Short, “the piece has evolved so much and recent events have informed the work in such a beautiful and powerful way.”

“We’re thrilled to combine our longstanding collaboration with Christopher with our new collaborators at CCRI and sharing Invoice for Emotional Labor with their community and beyond,” Short said.

Since teaming with The Wilbury Group in 2017, Johnson has produced several original works, including Invisible UpSouth and New and Dangerous Ideas, and performed in Decameron, Providence, an outdoor series presented at Providence’s WaterFire Arts Center. Johnson is one of 17 resident artists at The Wilbury Group, which, since its inception in 2010, has provided a platform for many of the area’s groundbreaking artists to engage in both original works and reimagined classics.