Voice student thinks outside the box, qualifies for national competition 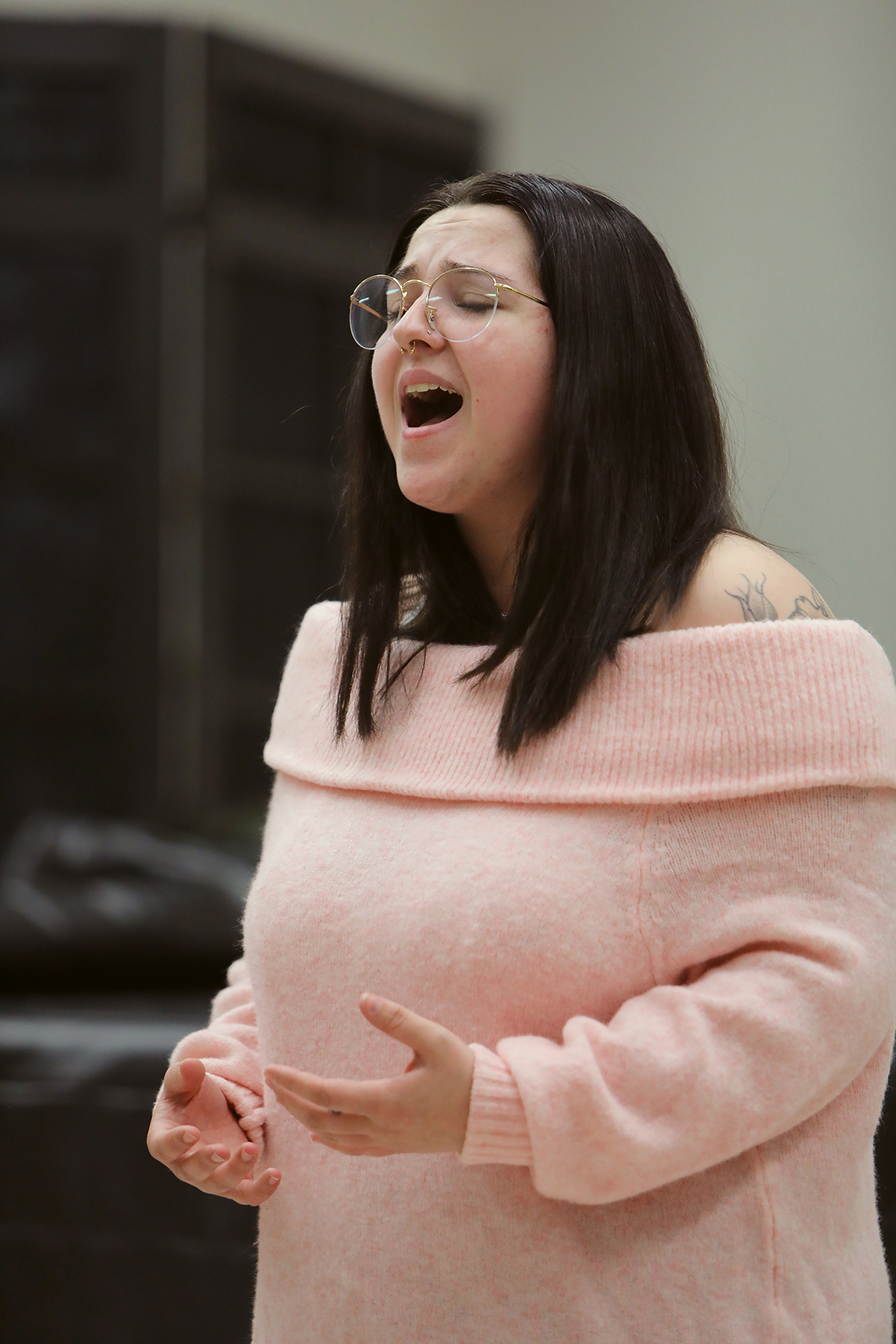 Having only been classically trained as a vocalist for less than two years, Warwick’s Amanda Gelinas decided to roll the dice and enter a regional singing competition unsure of what to expect. Now she’s competing at the national level against a field of top-flight performers with a chance to win cash prizes.

The 20-year-old Gelinas, a Rhode Island Promise scholar who plans to finish her studies in Fine Arts this summer, is a finalist in the 2020 New England National Association of Teachers of Singing (NATS) Student Auditions, which automatically qualifies her as a semifinalist in the National Round in the Lower College Classical division.

She must now submit a video of her performances to a panel of judges, a process that has replaced the traditional in-person performance originally scheduled for Nashville in June due to the coronavirus pandemic.

Growing up, she sang in the choir and competed at the state level among fellow performers, but never at the national level. This is her first time competing in the NATS and she joins a short list of CCRI music students who’ve placed at various levels, including Tabi Baez, Mari Megrdichian and Gabriel Schute. Baez, a 2019 alumna, finished first in the 2019 Rhode Island NATS Student Auditions.

“It was nice to see my hard work pay off,” said Gelinas, who will graduate with a music concentration and transfer to a four-year university in the fall to pursue a career in education.

Gelinas admits she “didn’t think it’d go anywhere” when she entered the New England regionals. She originally intended to compete at the state level, but was unable to participate, so her voice coach, Assistant Music Professor Krista Wilhelmsen, suggested she try for the regionals instead.

Although she’s been singing since the age of 9, Gelinas did not begin classical training until her first year at CCRI, which she says would traditionally put her at a disadvantage against more accomplished singers in such tournaments. Classical training teaches singers to use their voice in its full capacity in the healthiest, most sustainable way possible, a process Gelinas describes as “learning to read and understand music at a totally different level.”

“The best singers are classically trained because it’s the foundation of everything,” Gelinas said. “When you’re learning classical and being taught classically, it goes beyond more than just the repertoire, and it’s far more than just performing. To be successful as a classical singer, you have to be able to emote something in a completely different language and internalize what you are singing about. The workload was unlike anything I anticipated.”

Under the guidance of Wilhelmsen – an accomplished opera singer with more than 100 performance credits on her resume – Gelinas was one of five singers, and the only one from Rhode Island, who placed as finalists in the New England NATS among a field of 10 performers.

To qualify, she submitted videos of herself performing three different songs – “Extase” by Henri Duparc; “Willow Song,” from the Ballad Of Baby Dow by Douglas Moore; and “Zions Walls” by Aaron Copland.

The COVID-19 pandemic forced the committee to slightly alter its rules; with most people practicing social distancing, the competition allowed singers to use previously-recorded audio files for musical accompaniment in lieu of a live performance. Gelinas’ piano accompaniment was provided courtesy of Cranston native John Norigian. The competition has turned out to be a blessing in disguise, keeping Gelinas active in singing after the college was forced to cancel all shows and productions for the spring semester.

“Amanda has always possessed a beautiful voice, but her singing has just blossomed since she has been studying at CCRI,” Wilhelmsen said. “Amanda has gained a warm richness to her sound by singing with support and connection throughout her whole register. Her high notes can give the listener chills. As her teacher, I am proud the progress that she has made and proud that she is representing CCRI in the National Round of the NATS Student Auditions.”

Gelinas’ goal beyond college is to become a music teacher, where she can use her passion for music and her experience to influence others. She says she appreciates all genres of music and considers herself “lucky enough to have a versatile voice” that allows her to adjust to a myriad of sounds and ranges.

“Music has always been something my heart has been drawn to,” Gelinas said. “Not every student will share that passion, but they should at least have an appreciation for it. That’s all I can ask for. Knowledge can never hurt.”

Though she admits she’s never been comfortable participating in competitions, she’s thankful she decided to test the waters at the national level. Now she has an opportunity to see where she stacks up against some of the best in her division.

"I wasn’t expecting anything at first. Now I’m excited to actually go further with it,” she said. “There are so many talented performers in this competition. I’d hate to be one of the judges.”