When it became apparent that remote learning would extend beyond the spring semester and into both summer sessions at the Community College of Rhode Island due to the COVID-19 pandemic, faculty members from various branches of science knew they needed to act quickly.

While some courses are better suited for remote or online learning – liberal arts, communications, among others – students in chemistry, biology, and physics rely on more hands-on learning, specifically through laboratory experiments.

The possibility of students either completing or beginning their journey in these fields without the benefit of an in-person lab prompted faculty members to explore at-home lab kits and virtual labs as temporary replacements for Summer Sessions I and II.

“Our first instinct when we heard everything was going remote was, ‘No way we can do anything. We’re going to cancel everything,’” said Chemistry Department Chair Elizabeth Arendt. “That was our gut instinct. ‘How can we do labs at home?’ Then we took a breath and said, ‘OK, we really can’t do that.’ It would just halt so many people’s progress.”

Science professors, lab paraprofessionals, and department chairs began researching prices and varieties of at-home lab kits as early as March knowing there was a chance the pandemic would affect the first of the college’s two summer sessions. Initially, Arendt and other professors probed the idea of purchasing the necessary materials separately and making their own lab kits without using a third party, but quantities and costs quickly became an issue.

“You can go to Amazon and buy a lot of these things,” Arendt said, “but you might have to buy 20 pounds of it when you only need a gram.”

When the decision to move Summer Session I to a remote platform became official, the college immediately began the process of purchasing and shipping the kits to students. The pre-made kits were the best option; they are tailored to more of a baseline curriculum, making it easier for students to transfer what they learn elsewhere, and are developed with the strictest safety protocols in mind.

The college ordered more than 600 lab kits for use in approximately 17 summer courses. Some were shipped directly to students while others arrived on pallets at the Flanagan Campus in early May, giving the college plenty of time to get them in the students’ hands for the first day of class on May 18. Students participating in Summer Session II, which began at the end of June and runs through the first week of August, will utilize the same kits, all of which were provided by the college.

This is a groundbreaking move for CCRI in terms of how other colleges in the state handled the closing of its laboratories due to COVID-19. While Arendt and others acknowledge that at-home lab kits cannot permanently replace the experience of an in-person lab experiment, this timely alternative allowed the college to avoid the complicated process of having to cancel certain courses because it could not provide the lab work.

“We did this so our students could not only have a class, but have the best class we could have under these circumstances,” Arendt said. “A science class has to be as hands-on as possible. It’s been a ton of work, but we’re hoping when the students are done they can say, ‘OK, I did this,’ and appreciate what they did.”

The majority of the kits were purchased from a company that specializes in delivering a hands-on laboratory experience to students engaged in online and blended learning. For two introductory summer courses – Introductory Microbiology and Basic Skills for Chemistry – the college went with a second company that offered kits more suitable to the curriculum.

Organic Chemistry I – a course, Arendt says, whose labs are “too dangerous” to perform at home – used virtual labs from a Utah-based company that provides sophisticated simulations of lab experiments in a virtual environment where students are forced to make their own decisions and, in turn, experience the resulting consequences.

The physical kits contained enough materials, everything from beakers and Styrofoam cups to pre-measured chemicals and syringes, to perform anywhere between 10 to 15 lab experiments depending on the course load. Once the kits arrived, students had to download their experimental writeup online and fill in the appropriate data sheet and lab report for each experiment before submitting it to their professor. Some were also asked to send photos.

Students in Professor Karen Kortz’s General Geology I (GEOL 1010) course utilized kits that contained rocks and minerals in addition to the tools traditionally used to identify them. The materials allowed Kortz to design labs that worked for both parties.

“They loved being able to identify their rocks and minerals in the their kit. It provided a hands-on experience, similar to what they would have done during in-person labs. You certainly can't get the same experience just looking at pictures of rocks and minerals,” she said. “I feel much more comfortable knowing that students in the summer were able to achieve our course goals by using the materials in the kits to think like geologists through collecting and analyzing data to solve problems.”

Amanda Joly, an adult learner from Slatersville, RI, enrolled in General Chemistry I (CHEM 1030) – her first chemistry course since high school – and appreciated the flexibility of being able to use the at-home kits while taking care of her children.

“For me, I think it helps solidify the fact that chemistry doesn't happen only in a lab, but that it's occurring everywhere around us,” Joly said. “It was also fun to share with my children what I was doing. Watching my 8-year-old son’s eyes light up when he saw how different salts emitted various colors of light was a lot of fun.”

Like others in his department, Zoto recognizes the eventual need for students to return to campus to fully maximize the lab experience, but says the at-home kits “were equally beneficial for both new students who had yet to conduct an in-person lab and returning students who needed something temporary to keep busy until in-person classes resumed.”

The process of researching the available kits and ensuring they’d get to the students’ homes in time for class was a team effort with input provided by everyone from the vice president, deans, and department chairs to faculty, lab paraprofessionals, and the finance team. Even with the kits available, Arendt still made roughly 20 of her own supplemental kits for one of the college’s Basic Skills for Chemistry course from materials in her home, including swimming pool chemicals and Miracle Gro. She also personally delivered a handful of kits to new students who enrolled right before classes began.

Faculty members will reevaluate the process at the end of Summer Session II before deciding if – and how – they will incorporate the kits into the upcoming Fall curriculum.

“The boxes have certainly given us a different perspective,” Arendt said, “but there are things in the physical lab space that we cannot duplicate at home. I don’t want to say we definitely won’t use them, but I don’t want to discount them either.” 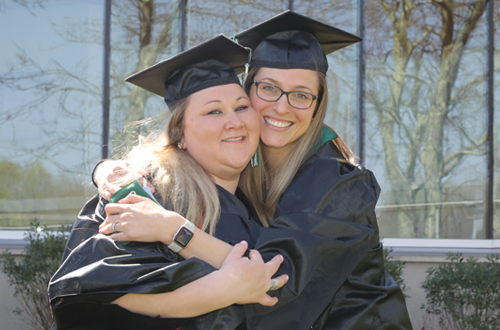 More than 600 students from CCRI's Class of 2021 crossed the stage this month as part of the college's first Grad Walk ceremony, a special tribute to this year's graduating class. 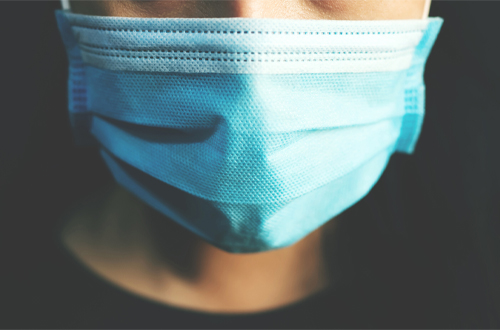 CCRI alumni Kerrie and Glenn Medeiros have proven it's never too late to change your career path while working tirelessly to help others amidst nationwide efforts to slow the spread of COVID-19. 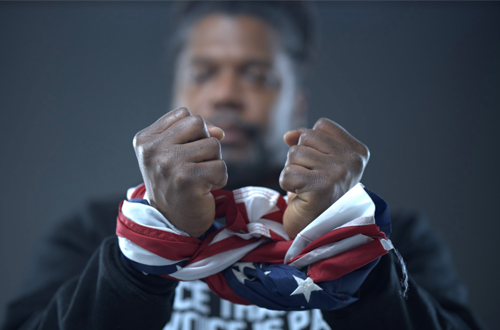 Providence poet Christopher Johnson takes the audience on an interactive journey with his performance of Invoice for Emotional Labor, presented by the CCRI Players and The Wilbury Theatre Group. 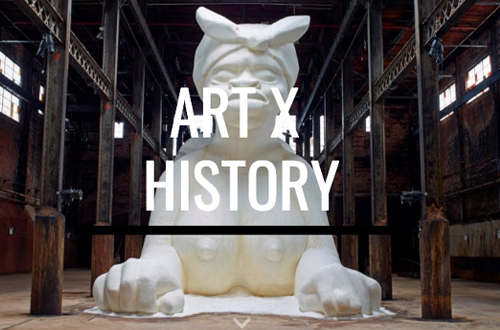 Art History professor Natalie Coletta recently launched an open educational resource designed to provide students and others with a look at some of the genre's most underrepresented difference-makers. 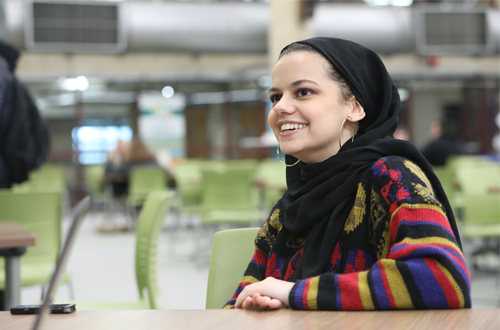