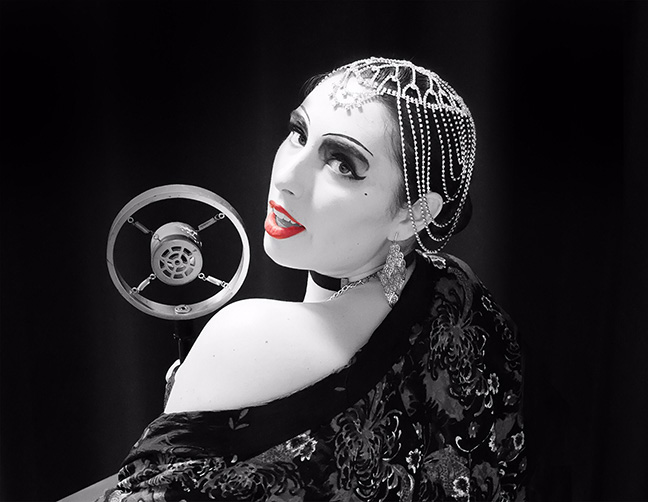 The rise of fascism in 1930s Berlin is the backdrop of the Community College of Rhode Island Players’ latest musical adaptation, Cabaret, set to premier later this month at the Knight Campus’ Bobby Hackett Theatre.

Originally published as a novel entitled “Goodbye to Berlin” by Christopher Isherwood, Cabaret tells the story of Cliff Bradshaw, a young, American writer who arrives in Berlin seeking inspiration for his latest novel, only to fall in love with a performer at a seedy nightclub, a complicated musical that ends with heartbreak and the eventual takeover of the Third Reich in Germany.

Cabaret, directed by Associate Professor and Theater Program Coordinator Ted Clement, debuts Thursday, February 27 and continues through Sunday, March 1. Showtimes are 7:30 pm from February 27–29 with a special 2 pm matinee on February 29 and March 1. General admission tickets are $12 and only $10 for seniors and CCRI students, faculty and staff.

Cabaret has undergone several makeovers since its first adaptation as a musical by John Kander and Fred Ebb in 1966, including the 1972 film starring Liza Minnelli and Joel Gray, and the 1998 Broadway revival, which is the script Clement used for this year’s production. The latter earned 10 Tony Awards nominations and eventually become the third longest-running revival in Broadway history at its peak in 2004 with 2,377 performances.

Cabaret is the first and only musical on this year’s schedule for the CCRI Players and features a cast of 17 in addition to faculty and staff working in choreography, lighting and scenic design. Clement admittedly has a history of producing shows with large casts, which he says serves as a valuable teaching tool for students in the college’s Performing Arts Department, whether they are performing on stage or working behind the scenes.

“I enjoy staging large shows and I enjoy giving as many opportunities to as many students as I can,” Clement said. “That’s the benefit of doing such a large show. It can be a challenge because it’s a lot to do and there are a lot of moving parts.

The subplot of Cabaret is the widening gap in ideology and the stark contrast between the late 1920s and early ‘30s era of creative, artistic expression in Berlin and the eventually dictatorship of Nazi Germany, which ruled the country until the end of World War II. The characters portrayed at the Kit Kat Klub, where Cliff Bradshaw meets Sally Bowles, a character based on well-known cabaret singer Jean Ross, are an exemplification of nightlife in Berlin during the Golden Twenties, an era of economic growth and the expansion of liberal values in Western Europe.

The original novel is considered a semiautobiographical account of Isherwood’s time in 1930s Berlin in which he meets a diverse array of German citizens.

“That expressive environment,” Clement says, “created a national backlash in the general population, which really paved the way for the rise of Nazis and fascism in Germany.”

While Clement said he does not choose which plays to produce based on politics, he also admits “I don’t hate it when my choices are political.” Cabaret, he said, remains relevant because of the recent rise of nationalism in “governments across the planet.”

“I think you can draw some pretty strong parallels between some of the things that are going on in countries all over the world,” Clement said, “and the rise of fascism in Europe that led to World War II.”