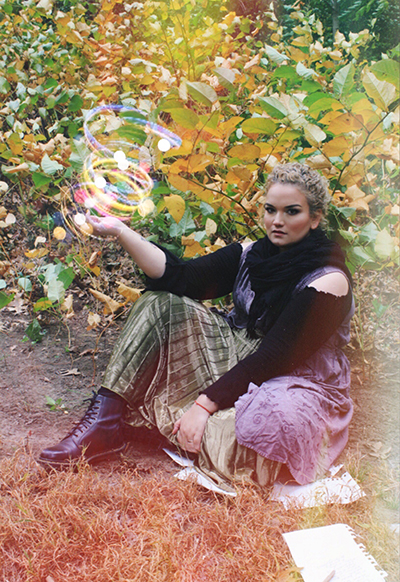 Social stereotypes and gender equality take center stage this week at the Bobby Hackett Theatre as the Community College of Rhode Island Players open their 2019–2020 season with Orlando, a lively rendition of the Sara Ruhl play in which the lead character sees life through the eyes of both a male and female.

Orlando premiers Thursday, October 17 at 7:30 p.m. General admission tickets cost $12, or $10 for students, seniors and CCRI faculty and staff. The production continues with a 7:30 p.m. show Friday, October 18, followed by a 2 p.m. and 7:30 p.m. double feature Saturday before closing Sunday with a 2 p.m. matinee performance.

Ruhl’s adaptation of Orlando is based off the Virginia Woolf novel of the same name, written in 1928. The play follows the life of Orlando, a handsome nobleman from the Elizabethan era who falls asleep for a week in his mid-30s and awakens as a woman. Played by Coventry, RI, native and CCRI theater student Tabi Baez, Orlando lives as a woman for the next three centuries, forced to deal with the limitations of her sex and the potential benefits of crossing those barriers.

CCRI Adjunct Professor Kira Hawkridge, who directs CCRI’s version of the play, says Orlando takes a deep dive into society’s expectations of men and women throughout different centuries, specifically in how the lead character reacts to becoming a woman and how others view her. The play, she says, is designed to make viewers consider their own preconceived notions of gender based on the journey of Orlando, who has the unique perspective of experiencing life as a man and a woman.

“One of the most exciting things about pieces like this, and theater in general, is the ensemble is telling a specific story, but the way it’s interpreted can be vastly different for any audience member,” Hawkridge said. “Orlando is really searching for an identity while connecting to his or her’s authentic self. Regardless of where someone is coming from, it really bring to the surface the idea of authenticity, seeing people for who they are, and making space for them.”

Orlando features a six-member cast, including Richmond, RI, native Devan McCullouch as Sasha, one of Orlando’s love interests, and Jeremiah Andrade of Pawtucket, RI, as the Archduchess Harriett and Archduke Harry. The ensemble also stars Nolan Burke of Pawtucket, Julia Egan of Cranston and Casper Jadyn of Warwick.

“This show is about the discovery of oneself and the many selves that we all have,” Andrade said. “As you explore this piece, you have no choice but to examine your own life and the societal constructs we let society put on us. The story of Orlando has many layers and tackles a variety of themes that are extremely relevant today. My hope is that the audience leaves feeling like they can be their authentic selves even if those around them don't understand.”