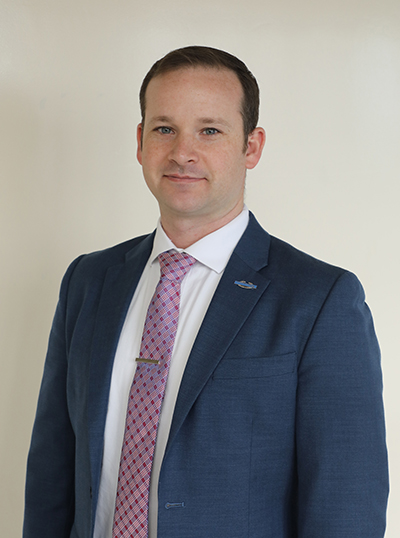 The new face of student veteran affairs at the Community College of Rhode Island envisions a platform where fellow student veterans develop a sense of community while helping one another thrive both in and out of the classroom.

In his new role, Cosmo is tasked with hiring and managing student veterans through the U.S. Department of Veteran Affairs’ Work Study Program. While understanding students have other priorities, such as jobs and families, he hopes a stronger bond among student veterans at CCRI will encourage them to work with each other while maintaining their focus on that all-important next step beyond community college, whether it’s in the workforce or at a four-year school.

A 2017 graduate of CCRI, Cosmo transferred to Bryant University and earned a bachelor’s degree in Entrepreneurial Studies. At Bryant, he established a chapter of Student Veterans of America (SVA) on campus and was one of only 100 members chosen by the SVA to attend its Leadership Institute last year in Dallas.

As the former president and vice president of CCRI’s Student Veterans Organization during his time on campus, he’s aware of what the school has to offer and is working to ensure CCRI continues to do its part to guide student veterans in their transition back to civilian life.

“We have that common background and that common skill set and we’re all going through the same thing at the classroom level, so we have that familiarity,” Cosmo said. “Now we just have to set goals and objectives for how we have to improve things and make things better. That’s when it gets challenging. What can we do and how can we do it?”

Cosmo’s plan of action at CCRI is what he refers to as “big-picture thinking.” As a nine-year Army vet – he was in the first wave of military deployed to Iraq in 2003 – the Cranston native understands the unique challenges veterans face upon their return to civilization. Adjusting to life on a college campus can be overwhelming. Many student veterans are unaware of the assistance and resources available to them, and even more don’t have a plan in place once they graduate.

One of his first initiatives was to team with the Warrior-Scholar Project – an academic boot camp for student veterans – and its newly-launched Community College Outreach Initiative (CCOI) to host a one-day workshop at CCRI for those interested in continuing their education at a four-year school. CCRI was one of only four community colleges in the country selected by the CCOI to participate in this event.

Student veterans, Cosmo says, have life experience and add value to classroom discussions, so doing well academically “is the easy part.” Beyond that, he says they must focus more on networking and the “big-picture” thinking he often references as a way to ensure success beyond the classroom.

“For Warrior-Scholar to start the CCOI and choose the Community College of Rhode Island as one of its launch points is a really good opportunity.”

Cosmo’s passion for student veteran affairs stems from his experience readjusting to civilian life after graduating U.S. Army Ranger School in 2004. He attended a four-year school in the south with no real sense of community for student veterans. He eventually moved back to Rhode Island and enrolled at CCRI, where he found a home with the SVO and flourished academically. He graduated with highest honors, completed the college’s Honors Program and also served as a member of the Phi Theta Kappa International Honor Society.

Now that he’s back where it all began, Cosmo’s vision is clear: Get student veterans more involved and get them to think about what they’re going to do with their lives beyond school.

“I want our student veterans at CCRI to know they belong and know we can work together, but then we’re also looking at academics and what are we doing to get on the Dean’s list, what are we doing to get on Phi Theta Kappa, or Kappa Beta Delta?” Cosmo said. “It’s all about creating that sense of community and culture, and really projecting student academic excellence.”