The Community College of Rhode Island underwent a comprehensive evaluation visit March 30 to April 2, 2014, by a team representing the Commission on Institutions of Higher Education of the New England Association of Schools and Colleges.

The Commission on Institutions of Higher Education is one of seven accrediting commissions in the United States that provide institutional accreditation on a regional basis. Accreditation is voluntary and applies to the institution as a whole. The commission, which is recognized by the U.S. Department of Education, accredits approximately 240 institutions in the six-state New England region.

The Community College of Rhode Island has been accredited by the commission since 1969 and was last reviewed in Spring 2004. Its accreditation by the New England Association of Schools and Colleges encompasses the entire institution.

Since spring 2012, the Community College of Rhode Island has been engaged in a process of self-study, addressing the commission’s Standards for Accreditation. An evaluation team visited the institution to gather evidence that the submitted self-study is thorough and accurate. The team has recommended to the commission a continuing status for the institution. Following a review process, the commission itself will take the final action during fall 2104.

The public was invited to submit comments regarding the institution to:

Public comments had to be received by April 2, 2014. The commission cannot guarantee that comments received after that date will be considered. 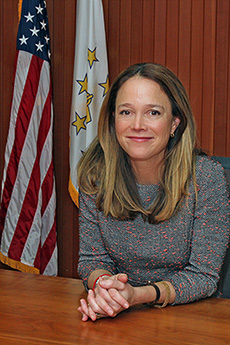