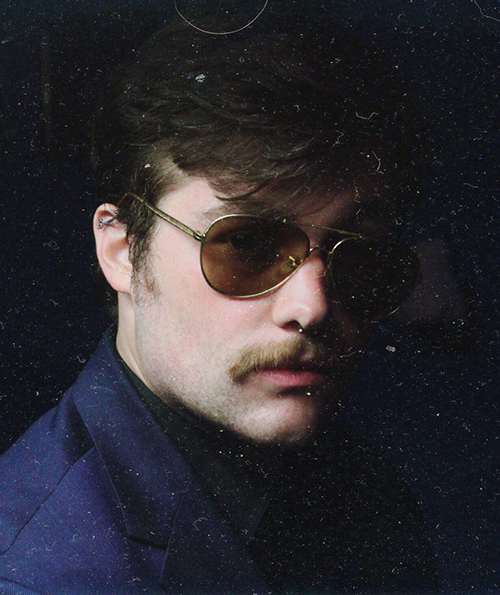 Josh Raymo stars as Henry V in the CCRI Players' modern-day adaptation of the classic Shakespeare play, which debuts Thursday, Aug. 8 as part of the 2019 Summer Repertory program at the Bobby Hackett Theatre.

The second of two plays produced and performed entirely by CCRI students as part of the college’s third annual Summer Repertory program, this year’s production of “Henry V” puts a contemporary spin on one of Shakespeare’s most well-known history plays.

“Regardless of the setting of the original story, the themes and ideas are universal. When done right, it can be extremely relatable.”

The original Shakespeare play is based on Henry V, the famous King of England whose undermanned army defeated the French during the 100 Years’ War in 1415. In this year’s adaptation, the lead character is a corporate raider – an investor purchasing massive stakes in companies to undermine the power of management – determined to overtake France during the leveraged buyout boom of the 1980s. The Henry V portrayed in the CCRI Players’ remake bears similarities to the characters of Patrick Bateman and Jordan Belfort, portrayed in American Psycho and Wolf of Wall Street, respectively, both of whom are consumed by power and greed.

“Our adaptations are based on what our students are interested in, what they care about,” Clement said. “We could make it look like traditional Shakespeare, but by placing a conceptual spin on it using familiar cultural concepts, it makes the work more accessible and fun.”

The annual Summer Rep program offers students the opportunity to stage two classic Shakespeare works in a professional setting. Under the direction of Clement and adjunct professor Kira Hawkridge, students design and produce two shows in six weeks, which, Clement says, replicates the environment of “summer stock theatre,” which has traditionally been a launching point for the careers of young theater enthusiasts.

With the flexibility to be creative, students produce thought-provoking, politically-savvy adaptations of classic works to reflect today’s trending topics. Last year’s production of “A Midsummer Night’s Dream” featured the lead characters cast as popular reality television stars in contemporary Manhattan while the 2017 performance of “Hamlet” portrayed the followers of Prince Hamlet and King Claudius as punk rock and heavy metal enthusiasts. The Players’ 2018 version of “Macbeth” adopted a fantasy theme influenced by the wildly successful Harry Potter series.

“What’s important to understand about this project is it’s intended to be student-driven,” Clement said. “We want the students producing the work, performing and designing the set to feel a real sense of ownership. This belongs to them.”