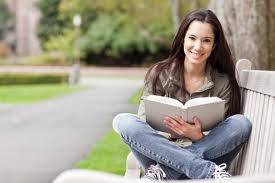 Why is CCRI installing security cameras?

Security cameras provide peace of mind to students, faculty and staff. Colleges and universities that have installed these security measures report that those on campus feel safer. Passive cameras located in public areas assist college security personnel, who can’t be everywhere at all times. When report of a crime in progress is received, cameras also can aid security in identifying the location and dispatching officers.

With security cameras, colleges and universities often experience a reduction in vandalism and theft. Far too often, colleges can react to vandalism only with time-consuming and seldom successful attempts to identify the perpetrators. By reducing the potential for vandalism and theft, colleges and organizations within the college can save thousands of dollars in replacement costs and the inconvenience of loss of educational opportunity for students.

How was the decision made to install cameras?

Faculty and staff at both the Liston Campus in Providence and the Flanagan Campus in Lincoln made their desire for security cameras known to administration through petitions and other messages. In response, CCRI held town hall meetings at all four campuses and, in all cases, the majority of those present indicated that they were in favor of cameras. In the end, CCRI as an institution takes the safety and security of its students, faculty and staff very seriously and decided that the cameras were necessary.

How much did the cameras at Liston and Flanagan cost?

The cameras and security system for the two campuses cost $492,000.

Where did the money come from to pay for them?

CCRI has three sources of funds: state appropriations, tuition and fees and auxiliary services income. The money for this project was derived from a budget planning process on how best to spend capital improvement funds for this important safety and security project.

Who watches the cameras and who can view recorded material?

CCRI employs a passive monitoring system. Security officers will not be sitting in front of monitors watching activity all day. Recorded material will be viewed at the discretion of the director of Security (or his designee) and only for the purposes of a legitimate investigation. No one other than trained Campus Security staff may operate the system without express permission from the director of Campus Security.

Where are the cameras located and will people be notified that a given area is being monitored?

We will post signs indicating that the campus is subject to video surveillance to remind people that their actions may be monitored to deter them from engaging in crime. However, we do not want to give an offender a road map as to where he or she can and cannot commit a crime away from the camera’s eye.

How do you determine where cameras will go?

Cameras cannot be used in areas of the school where staff or students have a “reasonable expectation of privacy,” including private offices, restrooms and locker rooms. Cameras will be used in places where staff or students lack a reasonable expectation of privacy. Examples include common areas such as hallways, cafeterias, libraries and parking lots.

We will incorporate suggestions from the college community, past experience and familiarity with the buildings on each campus. Other requests will come through the appropriate department head and must be approved by the director of Campus Security after consultation with the director of Information Technology and, depending on the location, the appropriate senior officer(s) of the college.

What assurances are there that our privacy is not going to be invaded?

Security cameras are intended to contribute to enhanced campus safety and the protection of people and property. The system is not intended to interfere with the privacy of individuals who are not engaged in criminal activity. It is intended to observe suspicious, dangerous or illegal behavior, but not to observe people based on group profiles including, but not limited, to race, gender, age, sexual orientation or expression or clothing styles.

Campus Security staff are trained in the legal and ethical issues involved. In addition, the monitoring stations are located in an open area in Campus Security offices. Officers know that they are not to track individuals unless they have reason to suspect the individual is a threat to people or property. If anyone has reason to suspect misuse of the camera system, he or she should report it immediately to the director of Campus Security, vice president for Student Services or director of Human Resources for investigation and appropriate action.

If I am involved in an incident, can I view the video recordings?

Any video evidence that is collected is subject to the same policies of the college judicial process that govern any other type of evidence. In the course of an investigation, you may be asked to view specific recordings in order to identify a suspect, for example. Any other requests must be submitted in writing to the director of Campus Security for consideration.

[an error occurred while processing this directive]