Caps, gowns, and smiles return to The Dunk as CCRI hosts Commencement 2022 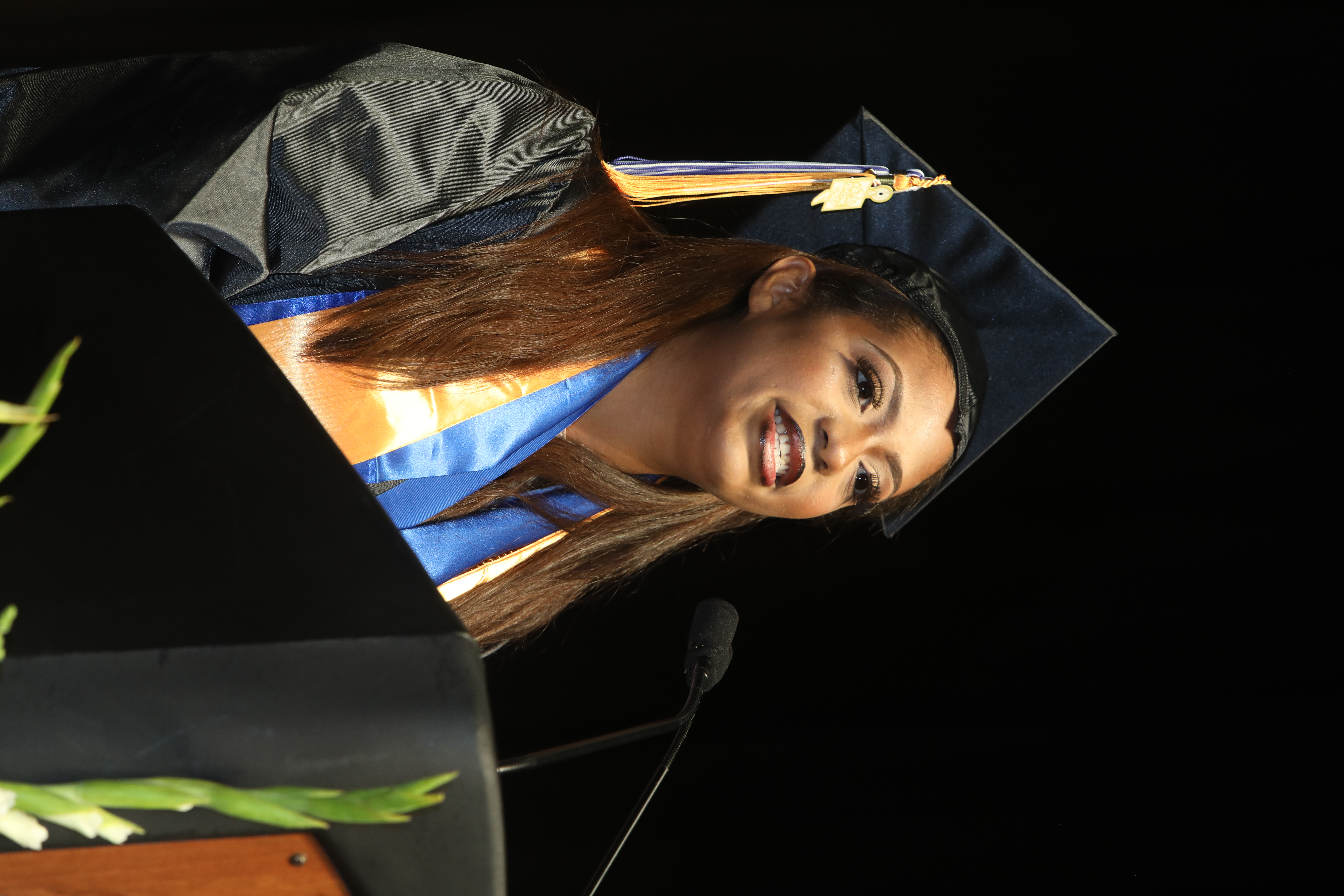 From the festive, well-decorated graduation caps to the sounds of Pomp and Circumstance filling the arena, the Community College of Rhode Island returned in style to the Dunkin’ Donuts Center for its first in-person commencement ceremony in three years.

Commencement 2022 celebrated the classes of 2020 and 2021 in addition to this year’s class, honoring those graduates who did not get the opportunity to cross the stage due to the COVID-19 pandemic.

With representatives from each class sharing details of their journey to commencement, this year’s ceremony served as both a traditional celebration of academic excellence and a celebration of the perseverance and adaptability of graduates who triumphed despite the unforeseen challenges of the pandemic.

Commencement 2022 was also a celebration of teamwork, a reoccurring theme in higher education throughout the pandemic. Students relied more on the college’s resources than ever before – from virtual advising to 24/7 online tutoring – and faculty members worked hand-in-hand with their students to adjust to a new way of learning.

“Teams can do what single individuals can’t,” said CCRI president Meghan Hughes, referencing the story of Charles Plumb, the late U.S. Navy jet pilot and former prisoner of war who several years after returning home unexpectedly met the who packed the parachute that saved his life when his plane was shot down.

“I love this story because it’s an important reminder about teams – really reflecting on who is it that helps us achieve a goal like the one that you all have achieved today, which is to become a college graduate.

“I want you to hold on to this idea of teamwork because I believe strongly it will help you as you take the next step on your journey.”

Added student speaker Ryk McIntyre of Providence, RI, a Phi Theta Kappa officer and President of the CCRI Players student theater group who earned his associate degree in Fine Arts at the age of 61: “We are capable, smart, and we are always stronger together.”

The graduates from all three classes attending this year’s ceremony represent the diversity of CCRI’s student body while showcasing how the college accommodates all students no matter where they are in their journey.

Kevin Millette, 56, a former car salesman from Newport who had grown dissatisfied with the automotive industry, enrolled at CCRI three years ago after earning his GED. He hadn’t attended school since the eighth grade, but graduated this year with his associate degree in General Studies and crossed the stage this year alongside his 28-year-old daughter, Kathrine Millette, who earned her certificate in Medical Insurance Billing.

“At first, returning to school was a rude awakening, but I knew the only way I’d turn my life around was to get a college degree,” Millette said. “It’s never too late. CCRI is the stepping stone for so many students. Every professor I had here was fantastic. If you had a question, they always had the answer.

“From the moment I sat down with a counselor and told them what I wanted to do, they had an entire plan for me. I would tell everyone to come here.”

Angela Fazio, 31, Cranston, RI, also earned her degree later in life. Homeless as a teenager, Fazio never had the opportunity to focus on her education until she was adopted at 17. A decade later, she finished her GED and enrolled at CCRI, earning her associate degree in Human Services with a concentration in Special Education. She will enroll at Rhode Island College next fall to pursue her bachelor’s degree.

Fazio admits she had tears in her eyes when she received the invitation to participate in this year’s commencement.

“The way that my life was as a teen, I couldn’t even picture college,” she said, “so to be able to graduate and cross the stage meant the world to me.”

The feeling was mutual for the graduates from 2020 and 2021 who returned for this year’s commencement, especially 34-year-old Tristin Tate of Bristol, RI, who earned his Physical Therapist Assistant degree in 2020, the first time commencement was canceled due to the pandemic. Tate, who now works at Lifespan as a Medication Access Specialist, wanted the opportunity to walk both for himself and his family.

“I have a 3- and a 4-year-old and I thought it would be important for them to see their dad cross the stage,” Tate said. “Tomorrow is never promised, so I figured I would come back today so they have something to remember me by through my success at CCRI.”

Class of 2020 graduate Meade Rouzard, 34, born and raised in Haiti and now living in Woonsocket, RI, admits he was hesitant about attending this year’s ceremony until he spoke with his brother, who graduated CCRI in 2021 and also did not get to attend a traditional commencement.

“He told me, ‘We started this journey together,’ and it was important for us to celebrate together,” said Meade, who earned his associate degree in Nursing and recently began a new position at the Providence VA Medical Center.

The journey differed for all involved, but Commencement 2022 was a much-needed return to normalcy for both CCRI and its graduates – an opportunity to relive the magic, celebrate with friends and family, and show what teamwork can accomplish.

“This feels great – it feels normal,” said 20-year-old Jacob Dufresne; Coventry, RI, native; Rhode Island Promise scholar; and Class of 2022 graduate from the Advanced Manufacturing & Design program who spent his entire college career learning amidst the pandemic. “Learning online was strange at first, and it was tough in my field because it’s so hands-on, but everything worked out in the end. I’m happy to be here today to celebrate.”