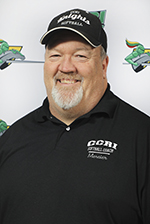 Paul Mercier was named Head Coach in August 2021 after serving as the team's assistant coach.  Coach Mercier arrived at CCRI with 20 years of youth coaching experience, most recently in the Rhode Island Interscholastic Softball League, where he coached the Northmen of North Smithfield High School to a 74-26 record with 10 post season appearances and two division titles.

Mercier helped the team grow to a D1 program through generating high win percentages. He is well respected among the RIIL coaching community. In 2017, Mercier earned RIIL Division II Coach of the Year honors after leading the Northmen to the Division II Title.

From 2005 to 2017, before he coached the Northmen, Mercier coached for the Blackstone Valley Blazers Travel Softball Program in two different age levels. From 2005 to 2011, he coached U-16 and U-18 players and then coached college-aged players in the U-23 division

Before coaching the Blazers, Mercier served as the President of the North Smithfield Little League Program from 2000-2004. He was in charge of both the youth baseball and youth softball operations. He helped remodel the ballfield complex and led both youth programs to numerous championships as head coach. Mercier has also served as a volunteer for the Rhode Island Special Olympics.

Mercier is a graduate of Woonsocket High School, where he was on the student council and was a four-year letterman in golf. He has enjoyed playing slow pitch softball for more than 20 years. Mercier owns 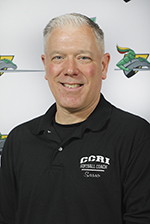 Sasso, a CCRI alumnus, joins the Lady Knights for his first year as an assistant coach. His main roles include serving as the team’s hitting and defensive skills coach while also handling all aspects of recruiting incoming freshmen.

Sasso boasts 23 years of successful coaching experience at many levels with both boys and girls and has also held many other administrative roles in various youth sports organizations, including, but not limited to, president of the Smithfield Fastpitch Softball travel program, where he was responsible for overseeing the budget and dealing with other organizations and communities in the greater New England area.

As a coach, Sasso has been successful at every level; he coached varsity baseball at William M. Davies, Jr. Career and Technical High School in Lincoln, RI, and also coached two high school softball at Scituate and Smithfield High Schools. In addition, Sasso has coached three different age groups to state championships in travel softball: U14, U16, and U18. During that timeframe, Sasso compiled a record of 178-47 at the travel level. Working with the U18 travel teams also helped Sasso assist players with all aspects of the college recruiting process.

Sasso graduated from Davies in 1991, where he was a four-year letterman in baseball as the team’s starting catcher, earning Second Team All Division honors twice. He played baseball at CCRI from 1992–1993 and graduated with an associate degree in Law Enforcement.