Patrick Chin was named head coach of the CCRI women's volleyball program in 2018.

Prior to CCRI, Chin served as the assistant volleyball coach for the Cranston High School East girls’ team, which won the Division II State Championship. He also served as the boys’ and girls’ assistant coach at Toll Gate High School from 2013 to 2016. In addition to coaching at the high school level, Chin is also a boys’ and girls’ coach for the Rhode Island Blast club volleyball 16U and 18U teams. He brings a wealth of experience both on and off the court; he played for the University of Rhode Island’s club volleyball team and is currently a member of the Boston Hurricane 9-man volleyball team that competes in the North American Chinese Invitational Volleyball Tournament. 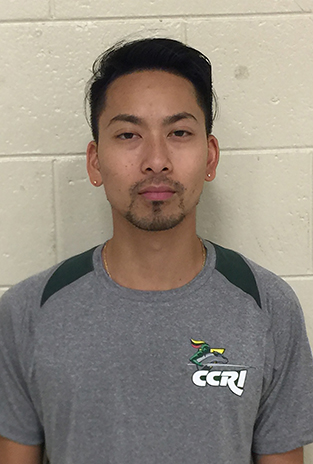 John Dao joined the program as an assistant coach in 2019.

Dao brings a wealth of volleyball knowledge to the table for the Knights as a former player in several leagues, including Yankee Volleyball, Newport Volleyball, Bristol Volleyball Club, Blue Fish Bowl, Gators Pub league, Sticks Volleyball, Intramural Volleyball in college and Spikedown. He has also worked with youth as a camp counselor for the YMCA. Both his knowledge of volleyball and experience with youth student activities will be valued commodities for CCRI.

Dao lives in Warwick, R.I., and works at CCRI as an Enrollment Services Representative.