Peter Wilson was a standout for the Knights during the 2018-19 season, leading the team in scoring with 593 points and 19.1 points per game. His point total was good for 17th best in the nation while his 162 assists and 3.0 assist/turnover ratio earned 16th best in the nation for both categories. Wilson proved an efficient shooter, making 52.7% of his shots from the floor and 44.1% from beyond the arc earning 83rd and 22nd national rankings respectively. Peter also proved pivotal on the defensive side of the ball as well, snatching 66 steals on the season, 27th in the nation as well as adding 123 defensive rebounds. 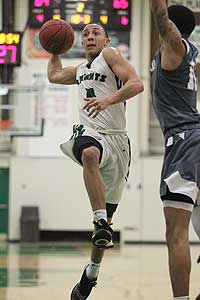 JC Santos proved to be an efficient point guard for the Knights this season dishing out a whopping 247 assists which was the fourth most in the nation and his 3.1 assist/turnover ratio slotted him into 15th highest in the nation. When not providing assists to teammates, Santos scored 514 points on the season and averaged 16.1 points per game, 38th and 85th nationally ranked respectively. All season long, JC provided high energy defense, stripping a team leading 71 steals and earning 19th highest in the nation for his efforts. 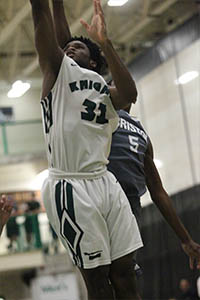 Oscar Iteji was a defensive powerhouse for CCRI as he rejected an impressive 88 shots, taking second in the nation in blocked shots. At the boards, Iteji ripped down 281 total rebounds, averaging 9.4 rebounds per game, 13th and 26th highest in the nation respectively. Offensively, Oscar totaled 207 points on the season and averaged 6.9 points per game. 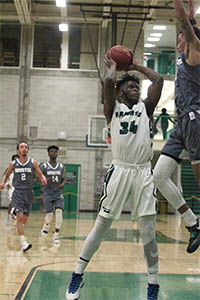