What is Sexual harassment?

Sexual harassment is coerced, unethical and/or unwanted sexual attention which includes verbal harassment and suggestions, rape, and sexual assault. Legally, sexual harassment is viewed in terms of the impact of the behavior, not the intent of the alleged perpetrator. If you have been hassled or touched in any way and you did not consent, this is considered harassment.

What is the difference between sexual assault and rape?

Sexual assault is non-consensual sexual conduct, excluding rape. Any unwanted touching of a person’s genitalia or ‘sexual’ areas qualifies as sexual assault, and can be initiated or experienced by those of every age, gender and orientation.

Rape is non-consensual intercourse under the condition of violence, duress, menace, or fear of injury. Rape can be initiated or experienced by those of every age, gender and orientation. (UC Berkeley Gender Equity)

How / Where to report Sexual Assault at CCRI

What are date rape drugs?

A date rape drug is any substance used to render a person intoxicated or compromised for the purpose of committed rape. These substances are often given without the person’s knowledge, for instance by being slipped into a drink. Commonly the drug reduces the person’s ability to exercise judgment, such as making a decision whether or not to engage in sex. (UC Berkeley Gender Equity)

Some things to remember…

In case you have any doubts about what sexual assault is or is not, it is important for you to know that if sexual conduct does not happen within the context of expressed and specific consent, it is assault. Check out this YouTube video for more info…https://www.youtube.com/watch?v=TD2EooMhqRI

Most of the members of the CCRI community are neither perpetrators nor victims of sexual assault. Want to know more about what you could do as a Bystander? 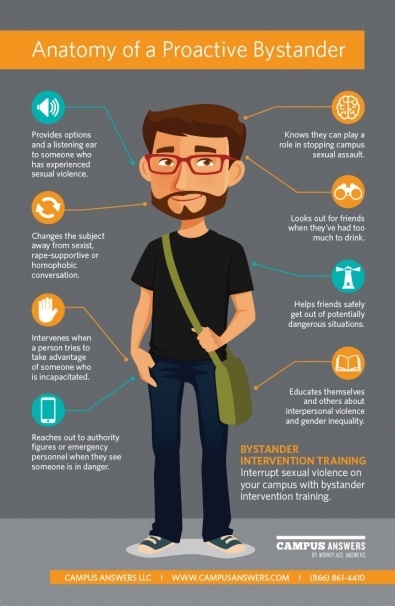 This page developed and maintained by the Deans of Student Services. Send comments and suggestions to [email protected].