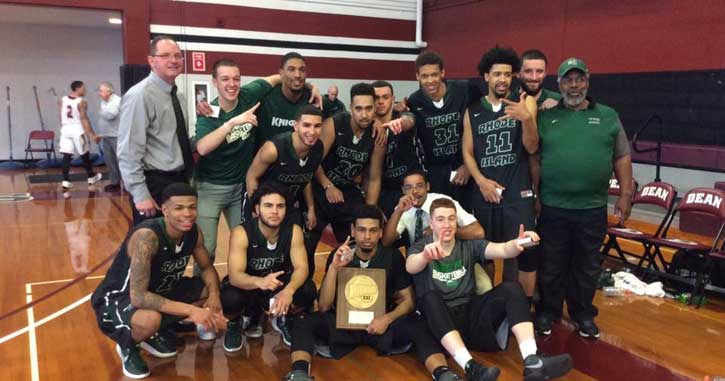 The CCRI men’s basketball team has a rich tradition of success with 18 Region XXI championships, consistent top 20 national rankings and an overall record of 1007-471 since the program’s beginning in 1965. Many All-American and All-Region players have successfully transferred to NCAA Division I, II and III institutions. The Knights finished their best season in program history in 2012 with a record 31 victories, five losses and a second-place finish at the NJCAA Division II Basketball Championship in Danville, Illinois. The Knights will look to return to the national championships with the hopes of winning their first national title in program history. The team plays its home games in the Vincent A. Cullen Field House at the Knight Campus in Warwick.