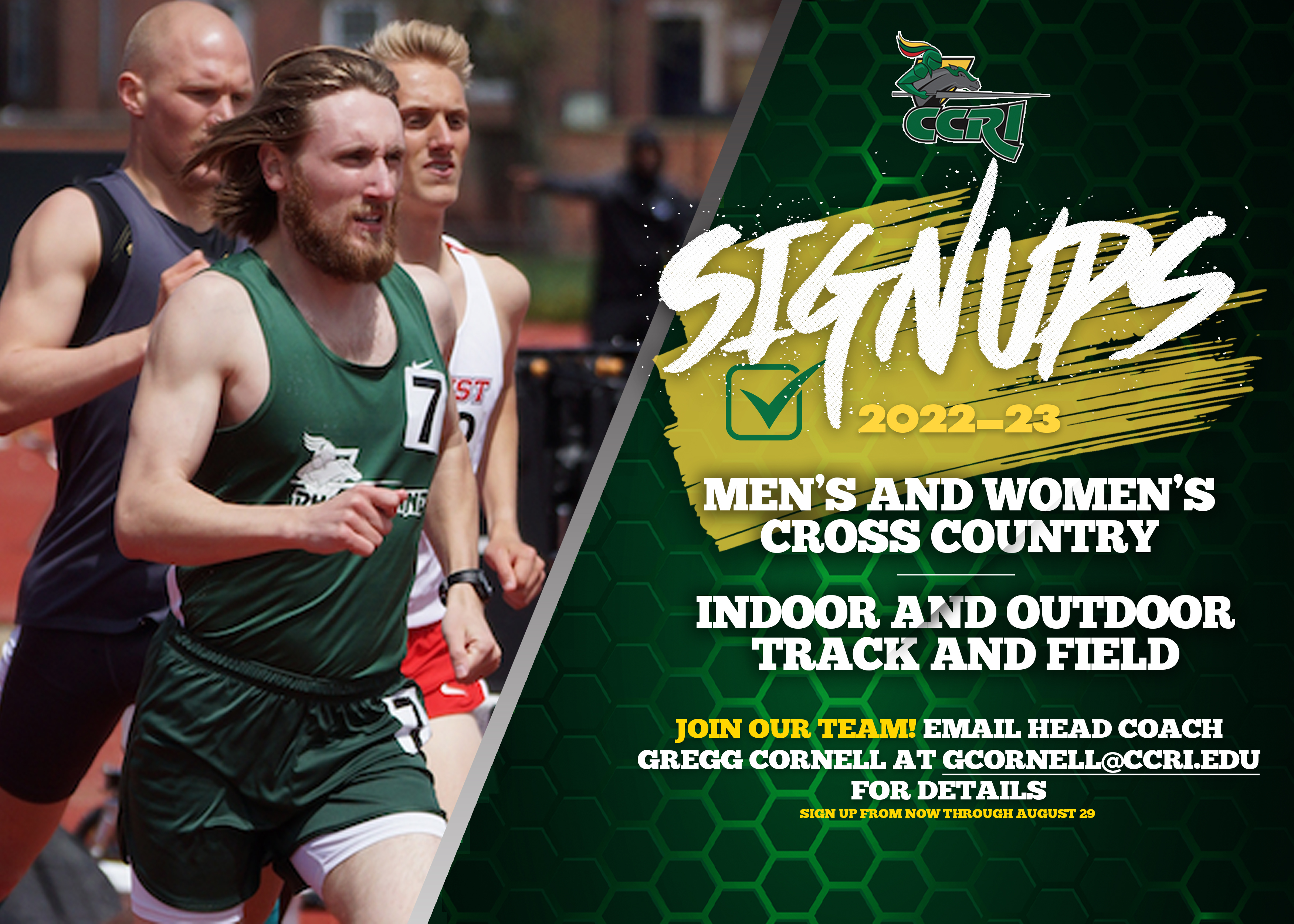 Are you interested in participating in Track? - Each Tuesday, Wednesday and Thursday from 12:30-1:00 pm during the month of August at the Lincoln Campus Fieldhouse. Contact Gregg Cornell at [email protected]

CCRI’s men’s and women’s indoor track squads participate in many meets against four-year colleges throughout the northeast. Team members benefit from that high level of competition as they prepare for the NJCAA Northeast District Championship and nationals. In 2012, middle distance runner Bobby Allen won the 3,000-meter run in a time of 8 minutes, 34.87 seconds. Allen also won the one-mile run in an impressive time of 4:14.93. In 2013, Allen repeated as national champion in the 3,000-meter run and the mile, becoming CCRI’s first back-to-back national champion in those events. The teams practice at the Knight Campus in Warwick.