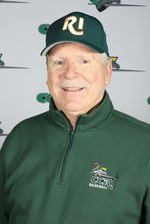 Joe Hopkins was named the head coach in May of 2021.

Joe Hopkins played for the Knights from 1979 through 1981 and is now back for his fourth season as an assistant coach. As a catcher during his playing days at CCRI, Hopkins earned First and Second Team All-Region Honors.

Hopkins also has a wealth of coaching experience in both basketball and baseball. From 2012 to 2016, Hopkins coached in the George Donnelly Sunset League in Newport and also served as the basketball coach for both Western Hills Middle School and the Cranston High School West freshman boys' team. Hopkins was a patrolman for the Cranston Police Department from 1997 to 2009 before his promotion to detective, a position he still holds today. Before joining the Cranston Police Department, he owned JMH Painting Company from 1987 to 1997.

Hopkins is a graduate of Roger Williams University with a bachelor's degree in criminal justice. He also holds associate degrees in criminal justice and liberal arts from CCRI and is a member of the Johnston High School Athletics Hall of Fame.

Hopkins is a resident of Cranston, RI 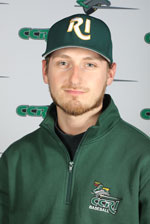 Zachary Odsen returns to CCRI, where he started his college baseball career in 2018, for his first season as an assistant coach.

Odsen will serve as the team’s third base coach and primary statistician. As a player, Odsen was a member of the Knights’ 2018 team that advanced to the NJCAA Division III World Series in Greeneville, TN, a year in which he also earned All-Region XXI baseball honors as a second baseman. That season, he hit .305 with eight doubles, two home runs, a .453 slugging percent, and 23 RBIs.

After CCRI, Odsen played at Tusculum University in Greeneville, TN. He resides in Cranston, RI. 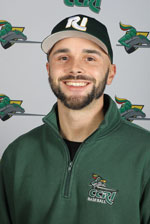 Brooks joins the CCRI baseball coaching staff for his first year, where he will serve as the team’s pitching coach.

Since 2016, Brooks has served as the New England Scorpions Baseball Club Director of Player Development. Prior to that, he was an assistant baseball coach at LaSalle Academy in 2019 and North Kingstown High School in 2018.

He is an alumnus of Rhode Island College, where he played on the baseball team for four years, winning a Little East Championship in 2011 and serving as a team captain in 2015. Brooks resides in Pawtucket, RI, and works at Wannamoisett Country Club as the Assistant Golf Pro.

Vazquez joins the Knights for his first season as an assistant coach after playing at CCRI from 2013–14.

Vazquez will serve as the first base coach. In 2013, he earned All-Region XXI honors as a first baseman, batting .382with eight doubles, 16 runs scored, 10 RBIs, and 15 walks, which raised his on-base percentage to .484.

Vazquez transferred to URI, where he graduated in the Fall of 2016 with his Bachelor of Arts in Psychology, and earned his Juris Doctor degree from Roger Williams University School of Law in 2020. Vazquez resides in Johnston, RI.