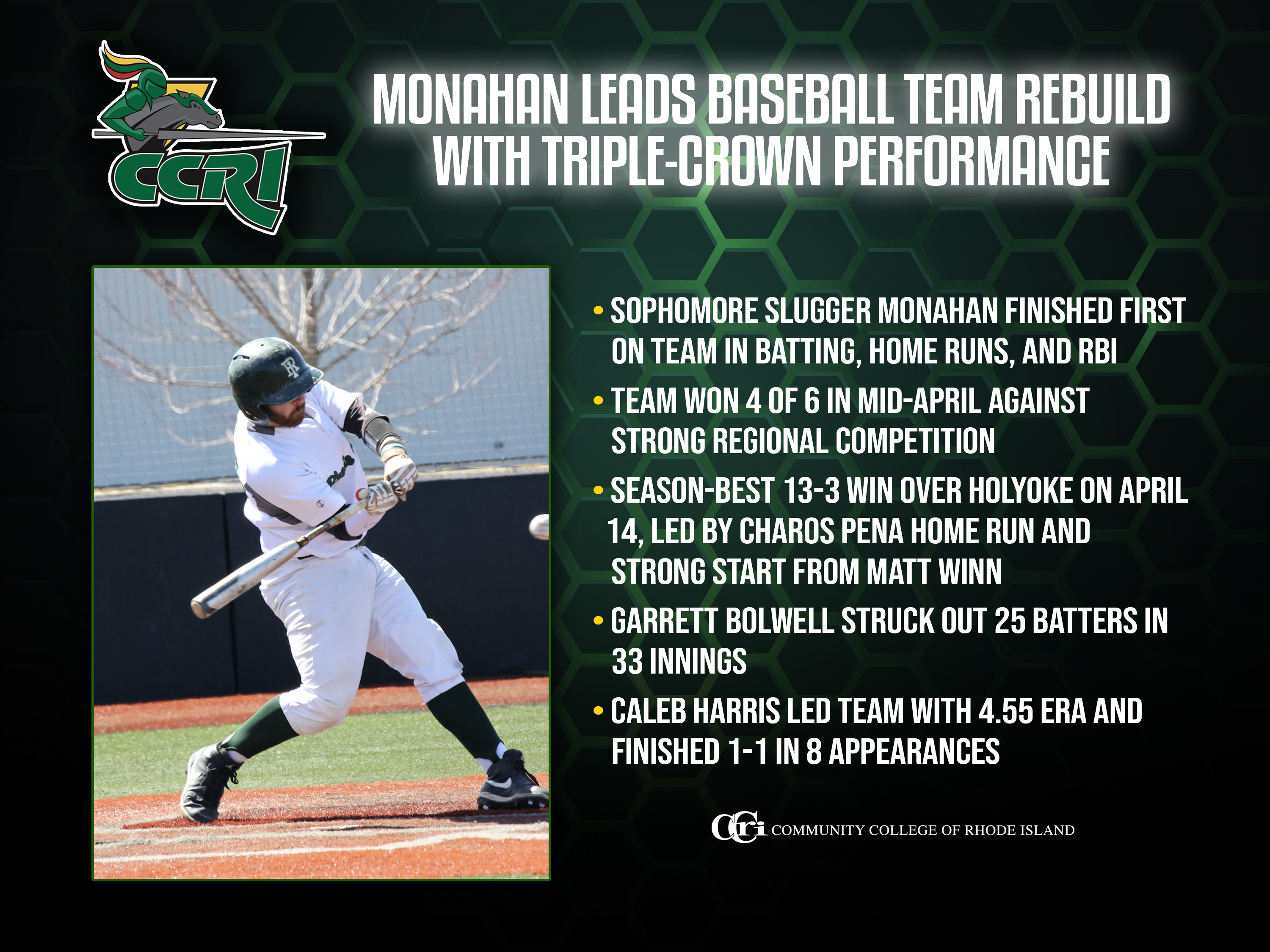 The Knights have won 12 NJCAA Region XXI titles, five District Championships and have earned five trips to the NJCAA World Series. CCRI has cultivated future professional players such as Rheal Cormier, Allen Levrault, Brad Hertzler and Tom Gavitt. Head Coach Kevin Rix, a former CCRI player, brought the Knights to the NJCAA DIII World Series in only his second year at the helm.

In 2019, the team finished the season with a 27-12 record which included the Region XXI and District F Championships as well as a trip to Greeneville, TN for the NJCAA DIII World Series, the first World Series trip since 2012. The Knights have an overall program record of 1,151-485-2.