As he continues his baseball journey, Sears reflects on life-changing development at CCRI 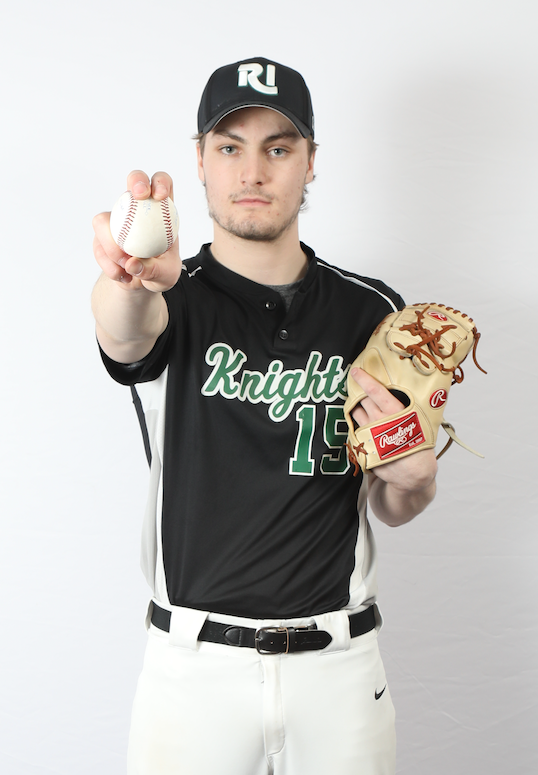 Like most kids who grew up playing baseball, Ben Sears dreamt of one day toeing the rubber at the major-league level pitching in front of thousands of fans on the sport’s biggest stage.

Until the East Providence, RI, native transferred to the Community College of Rhode Island in 2019, it was merely just that – a dream. Three years later, Sears is on his way to Arizona to begin working out at the spring training complex of the Kansas City Royals, who drafted the 22-year-old former CCRI ace and University of Houston closer with the 415th overall pick in this year’s Major League Baseball draft.

While it can take years for draft picks to reach the big leagues, Sears is now one step closer to joining an exclusive list of native Rhode Islanders to play professional baseball, a list that includes the only other major-leaguer from East Providence, Los Angeles Dodgers’ legend Davey Lopes.

“This has all been quite a whirlwind, but in a good way, obviously,” said Sears, who appeared in 17 games for the Knights from 2019–2020. “I’m just excited to get to Arizona and begin the process.”

Sears’ journey to professional baseball has included a number of stops, but he is particularly grateful for his time at CCRI, where he says he first realized playing at the next level was a realistic possibility.

“CCRI is one of the reasons I am where I am today,” said Sears, who transferred to the college for the Spring 2019 semester after spending the fall at Wheaton College in Massachusetts. “Even though I only had one full season, it was one of the best experiences I’ve ever had on the baseball field. I felt like I was selling myself short until I got here. I learned so much on and off the field and it really prepared me to transfer back to a four-year college.

“Playing professionally has always been a dream of mine growing up. Every kid dreams of getting drafted and playing in the big leagues, but it started to become a reality as soon as I got to CCRI that spring. I saw a major improvement in my velocity and overall pitching repertoire and starting drawing interest from professional scouts. I began thinking, ‘This could really happen.’”

Sears was one of three Rhode Islanders selected in this year’s draft and the first former CCRI player since Tom Gavitt in 2014. He also joins more than a dozen former Knights drafted since the program’s inception, which includes the late Rheal Cormier, a veteran of 16 major-league seasons; and Allen Levrault, who made 56 appearances in three seasons with the Milwaukee Brewers and Florida Marlins between 2000–2003.

Sears’ first step in 2022 is completing his physical and all other necessary protocols in Arizona before the Royals outline a plan for his development. Sears said because of his workload in his last season with Houston, he likely won’t pitch in any live action until next spring.

Most of Kansas City’s draftees and first-year players start in the Arizona Complex League, which is an 18-team, rookie-level league that plays a condensed, 55-game schedule beginning in early June; assuming Sears sits out the remainder of 2022, the Royals may elevate him next year to the Single-A Columbia Fireflies, who play approximately 140 games a season beginning in April.

Once they find Sears a home, the Royals must then define his role. At CCRI, Sears was the team’s top starting pitcher, finishing with an 8-2 record in 2019 with a 2.93 ERA and 99 strikeouts in just 67 2/3 innings as the Knights placed fifth in the NJCAA Division III College World Series. His 2020 season was cut short after just seven games due to the COVID-19 pandemic, at which point Sears had already struck out 23 batters in 11 1/3 innings. In his final appearance for CCRI, Sears pitched a one-hit, complete-game shutout with 15 strikeouts against Vermillion Community College.

“He was stronger that year than he was in 2019,” said former CCRI baseball coach Kevin Rix, who coached the 2019 team to the College World Series.

Rix says one of the keys to Sears’ development was concentrating solely on pitching; in high school, Sears also played shortstop, a position that required him to throw from different arm angles than he would as a pitcher. Once he arrived at CCRI, he relinquished being a two-way player and instead transitioned into a starting pitcher.

“That’s when everything clicked,” Rix said. “He was one of the stars on our team, but not the only star, so he didn’t have to carry the load himself. That was huge. He was throwing 92, 93 [miles per hour] with us and 96, 97 by the time he finished in Houston. He’s a hard worker – very self-motivated. He knew what he needed to do.”

After graduating CCRI with his associate degree in General Studies with a concentration in Business, Sears transferred to Houston, where he struggled in his first season as a starter, finishing 2-4 with a 5.35 ERA in 13 starts. Heading into 2022, Sears had a long talk with Cougars’ head coach Todd Whitting, who decided to move Sears to the bullpen as the team’s closer. The new role rejuvenated Sears; he finished 2022 with a 6-3 record, a team-leading 3.11 ERA, and a conference-best 12 saves in 33 appearances, earning Second Team All-American Athletic Conference honors.

Sears says he’s “comfortable” starting or pitching out of the bullpen – wherever he fits in – and considers every step of this journey a blessing. Had the 2020 season at CCRI not been canceled, Sears firmly believes he would’ve had an even better season than his freshman year and been drafted that summer, however, he’s also thankful for his time at Houston, which prepared him for life beyond college.

“You can only control what you can control,” Sears said. “Houston was an amazing experience, not just baseball-wise, but in terms of living on my own, living in a big city, and helping me grow up as a person.”

Now the real fun begins. Sears’ path to professional baseball has been unconventional at times, but each stop has played a pivotal role in his development as a person and player. The tall, hard-throwing righty who always dreamt of playing in the big leagues has a shot to become the next Rhode Islander to proudly represent the Ocean State.

“The journey has been hard, but awesome,” Sears said. “I definitely wouldn’t be in the position I’m in were it not for some of the difficult decisions I’ve made through the years.”