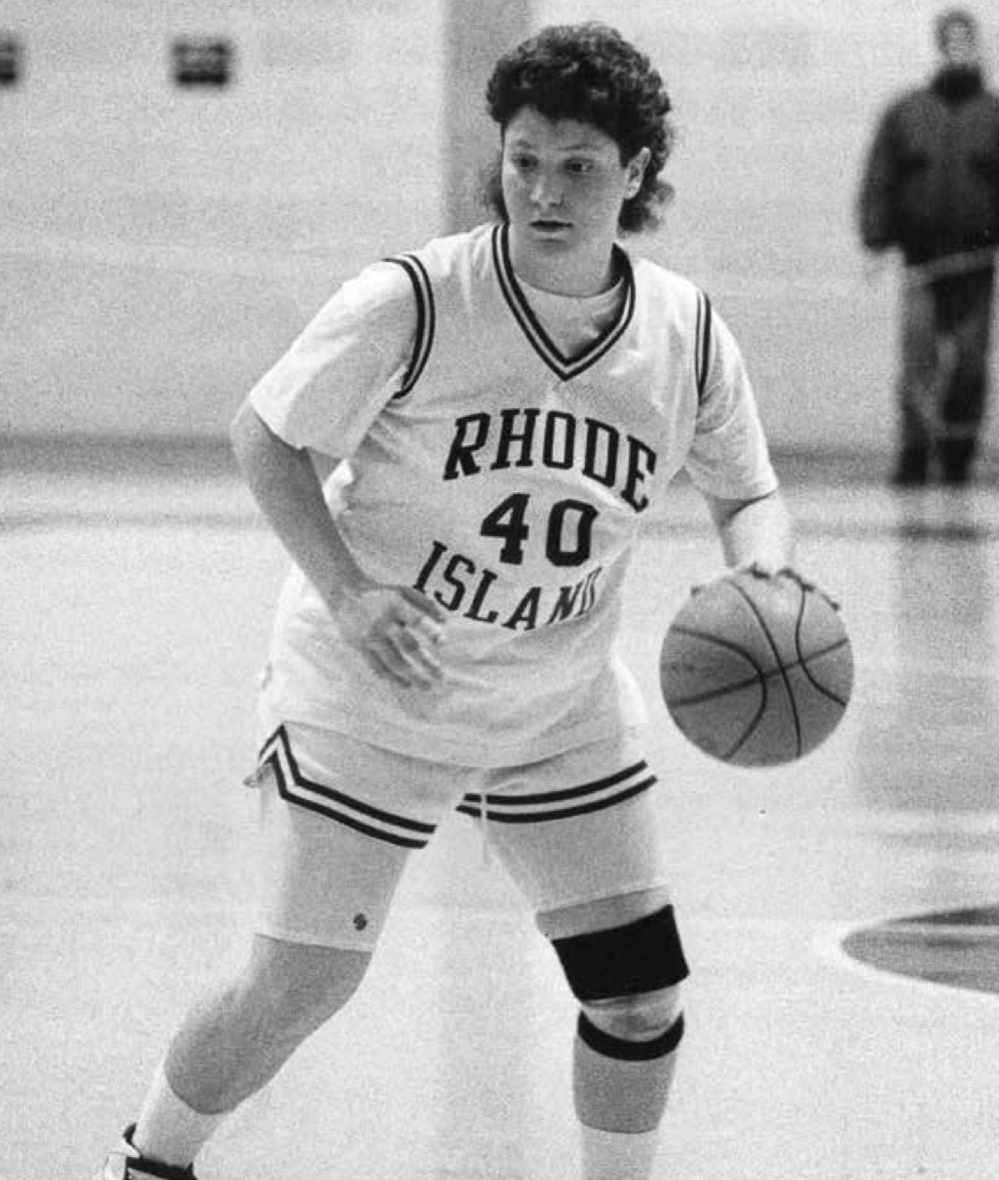 DeFaria played two seasons at CCRI from 1990–1992 and graduated as the college’s all-time leader in scoring and assists and a National Junior College Athletic Association (NJCAA) Second Team All-American as a sophomore before transferring to Rhode Island College, where she continued her stellar career as the only player in school history to score 1,000 points in just two seasons.

A Wendy’s Wonderful Kid recruiter for Adoption Rhode Island – a non-profit organization that aims to create safety, belonging and permanency for adopted and foster children – DeFaria is one of 12 members of the 2022 RIIL Hall of Fame, joining an elite class that also includes Olympic swimmer Elizabeth Beisel, Providence College men’s basketball coach Ed Cooley, and groundbreaking coach and athlete Kathy Kelley, whom DeFaria played under at Central Falls High School.

The RIIL is the state’s governing body for high school athletics, providing educational opportunities for student-athletes through interscholastic athletics and governance and leadership for its member schools in the implementation of athletic programs.

“It’s quite an honor,” DeFaria said, “and twice as special knowing I’m being inducted alongside a former teacher and coach of mine, Kathy Kelley.”

At CCRI, DeFaria scored 916 points, which now ranks fourth in school history, and led the Knights to 33 wins in two seasons. DeFaria graduated CCRI in 1993 with an associate degree in Business with a concentration in Law Enforcement. She was inducted into the CCRI Athletic Hall of Fame in 1999 and returned to the college for the 2003-04 season as an assistant under then head coach Marcus Reilly, beginning a five-year run in which the Knights advanced to the NJCAA Elite Eight four times with two trips to the Final Four in addition to five New England and Northeast District Championships. She was also honored as the CCRI Alum of the Year in 2008.

“CCRI was a tremendous experience for me,” DeFaria said. “Under [head coach] Dave Chevalier and [assistant coach] John Aurecchia, I learned so much about the game and life off the court. I actually had no desire to coach after I was done playing, but the difference in their coaching styles was so instrumental in who and how I coached. I learned the dos and don'ts at CCRI.”

DeFaria will return to RIC in 2022–23 for her third season as an assistant coach after serving as the college’s coordinator of women's basketball operations in 2019–20. In addition to the CCRI and now the RIIL Hall of Fame, DeFaria is also a member of the Central Falls, RIC, New England Basketball, and Little East Conference Hall of Fame. Her scoring record at CCRI stood until the 2004–05 season when, ironically, during DeFaria’s second season as an assistant, Amanda Ward finished with 956 career points.

“To be honest, when I was there and she broke that record, that really brought me more satisfaction,” DeFaria said. “I’ve always felt records were made to be broken, and it’s a great sense of pride to have been part of that in addition to all of my experiences at CCRI as a player and coach. It was an exciting time.”

The RIIL Hall of Fame is dedicated to preserving the vibrant tradition of high school athletics in Rhode Island and seeks to highlight the past in order to promote a promising future for Rhode Island high school athletics. This year’s class is the first to be inducted since 2019 due to the COVID-19 pandemic. Past inductees include legendary Mount Saint Charles Academy hockey coach Bill Belisle; former NFL Pro Bowler Mark vanEeghen, a three-sport athlete at Cranston High School West; Paul Guay, ex-Mount Saint Charles hockey standout and the first Rhode Islander to be drafted in the NHL; and Sara De Costa-Hayes, former Toll Gate High School goalkeeper and the first female to play in the RIIL’s Boys’ Hockey Championship Division.