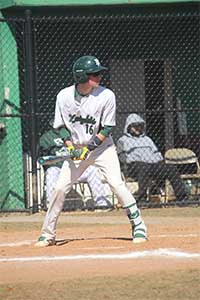 Warwick, R.I. – March 18, 2019: The CCRI Knights baseball team continued their Florida trip as they faced the Timberwolves of SUNY Adirondack (Queensbury, NY) for a Tuesday double header. CCRI lost the first game 12-7 but would win the second game 15-5. These results put CCRI's season record to 2-4 overall.

CCRI's offense was led by sophomore Kyle McCann (Coventry, RI) as he batted 3-4 with a double and two singles, one RBI and a run scored. Freshman Alejandro Martinez (Cranston, RI) went 1-3 with a solo home run, his second of the season. Freshman Anthony Ramos (Cranston, RI) batted 1-2 with a single, two runs scored and one RBI. Sophomore co-captain Zack Odsen (Providence, RI) recorded 1-3 at the plate, a single and one RBI. sophomore co-captain Nick D'Ambra (Coventry, RI) batted 1-4 with a single, one RBI and one run scored. Sophomore Justin Brown (Wallingford, CT) went 1-3 with a single.

CCRI came out with vengeance in game two of the doubleheader and their bats led the way. The Knights would open the scoring in the bottom of the second inning, tallying three runs. They would strike again, scoring once in the third inning, six runs in the fourth, three runs in the fifth and two runs in the sixth inning. The Timberwolves would score five runs, all in the top of the fifth but it was not enough and CCRI would win the game in six inning 15-5. 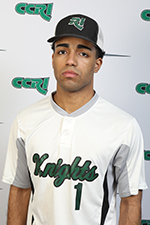 The CCRI Knights baseball team will next be in action as they continue their Florida trip, facing off with Minnesota West Community & Technical College (Worthington, MN) for a doubleheader on Thursday, March 14th.